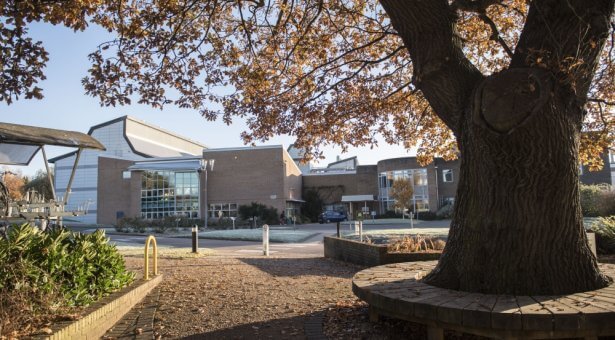 The international scientific community has been greatly saddened by the sudden death of Professor Chris Lamb CBE FRS, Director of the John Innes Centre.  Chris Lamb was one of the world’s leading and most influential plant biologists.

He made seminal contributions to scientific knowledge and combined this with exceptionally highly respected leadership of renowned plant science research centres – initially as founder of the plant biology department at the Salk Institute, California and, for the past decade, as Director of the John Innes Centre, an Institute of BBSRC.  Paying tribute to Chris, Professor Douglas Kell, Chief Executive of BBSRC, said: “Chris was one of the outstanding researchers of his generation. His contributions to understanding the molecular mechanisms that underpin how plants defend themselves have had far reaching consequences, beyond plant science and beyond the lab.  “Chris was a scientific leader of the highest calibre. With his sudden and untimely death BBSRC, UK plant science, the Norwich Research Park and the wider science community have lost an individual of exceptional vision. Under Chris’s leadership, the John Innes Centre has reached its full potential as one of the world’s leading plant and microbial science institutes. Its current enviable international reputation is, in high degree, due to Chris’s hard work and outstanding leadership.  “The thoughts of everyone associated with BBSRC are with Chris’s family, friends and his colleagues at the John Innes Centre.”  Professor Mike Bevan, John Innes Centre Deputy Director, broke the news to staff at the John Innes Centre. “Chris was an inspirational Director and a great friend to all of us and we will feel his loss extraordinarily deeply” he said. “We will be planning forward to ensure that the John Innes Centre continues to flourish in the way Chris would have wanted.”  Through his own science Chris pioneered research in the molecular mechanisms that underlie how plants defend against attack by pathogens. His research has not only contributed to our understanding of how economically important crops can be protected from disease but has also established new conceptual frameworks that have been adopted by scientists in other fields. He remains one of the world’s most highly cited researchers in plant science.  Chris became Director of the John Innes Centre in 1999. Over the last decade he has firmly established the John Innes Centre as a world centre for plant and microbial science and helped to attract some of science’s most talented researchers to the Institute.

More recently he has taken a leading role working with adjacent research organisations to implement a science vision for the Norwich Research Park.

Chris’s achievements were recognised in 2008 with his election as a Fellow of the Royal Society and he was made a CBE in the Queen’s Birthday Honours in 2009.  Chris studied Natural Sciences and Biochemistry at the University of Cambridge. Following a PhD in Plant Biochemistry at Cambridge he moved to the University of Oxford for postdoctoral research. In 1982 Chris joined the Salk Institute in California where his achievements included initiating plant research at the world-renowned centre and establishing a department that has now produced two members of the US National Academy of Sciences and a Max Planck Institute Director. In 1999, Chris returned to the UK to become Director of the John Innes Centre.  Professor Mike Bevan becomes Acting Director with immediate effect.