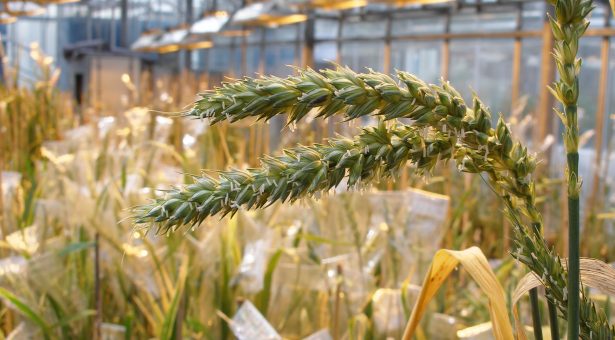 Identifying the gene for an interesting trait that might help you breed better crops isn’t always easy – especially if you’re working with wheat or barley.

But scientists at the John Innes Centre in Norwich have applied an innovative technique to the wheat and barley genomes that makes it easier to pinpoint specific genes that might be used in crop improvement programmes.

Plant breeders are on a mission to develop new and improved crop varieties that can better cope with the effects of climate change, new pests and diseases, and which can produce higher yields to feed a growing human population.

To do this, it is useful to know exactly where to find the genes that are responsible for advantageous traits: disease resistance genes, for example, or genes that help plants to withstand drought.

But locating the gene for a particular plant trait can be like trying to find a needle in a haystack – it’s a small, specific sequence of DNA mixed up in a jumble of other genes, regulatory sequences and non-coding DNA.

For some plants, like the model plant Arabidopsis, or rice, the genomes are like small ‘haybales’, so the gene ‘needles’ are somewhat easier to find – but for wheat and barley, two of the most important cereal crops across the globe, the genomes are so large it’s like searching a whole barn full of haystacks.

Working with colleagues in Switzerland and the Czech Republic, Dr Brande Wulff and his team from the John Innes Centre have succeeded in applying an innovative technique – MutChromSeq – to the wheat and barley genomes, which reduces the complexity of the search for a gene. It works by eliminating parts of the genome where we know the gene will definitely not be found.

In MutChromSeq, chromosome flow sorting is combined with classical mutagenesis. Seeds from a plant with the interesting trait are subjected to a chemical that disrupts their DNA, and mutants that have lost the trait are identified by screening. Then, by running MutChromSeq analysis on these mutant plants, the sequence of the mutated chromosomes can be compared with that of the unmutated chromosome.

Dr Wulff said: “By looking for the differences in sequence between the mutated and wild-type chromosomes, we can identify genes without knowing anything about their structure beforehand. So long as we already know which chromosome a particular gene is on, this technique is going to make it much easier to clone any wheat or barley gene of interest, which is great news for researchers.”