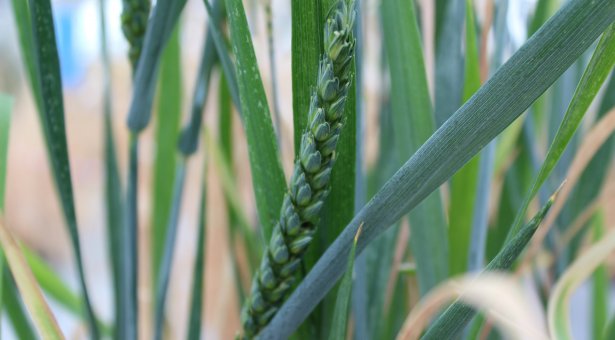 A team of scientists led by Dr Graham Moore have a completely new understanding of the structure of a gene complex in wheat that controls the pairing of its chromosomes, knowledge of which has the potential to revolutionise wheat breeding.

Dr Moore said “The transfer of useful traits such as disease, drought and salt tolerance from wild species into wheat is a difficult and complex process. This new insight into the molecular nature of Ph1 and how it works, will allow us to identify chemicals that could inhibit its effect. This would have implications for crop improvement far beyond just wheat breeding.”

Within wheat Ph1 regulates and stabilises the pairing of its six sets of chromosomes.

However, when wide crossing with wild relatives, Ph1 unfortunately prevents the pairing of wheat and wild relative chromosomes precluding the successful introduction of useful new genes. The ability to alter the control exerted by Ph1 would enable wheat breeders to access a much greater range of genetic diversity.

Reported in the international scientific journal Nature the group describe how, due to the complex nature of Ph1 they used a combination of two techniques in their search for key genes involved; molecular markers from the much smaller sequenced genomes of rice and Brachypodium (a new model temperate monocotyledon) and deletion lines in wheat that lack parts of chromosomes to physically dissect Ph1.

Their findings have given them the information required to create the necessary variation in Ph1 which will make wheat breeding much easier in future.