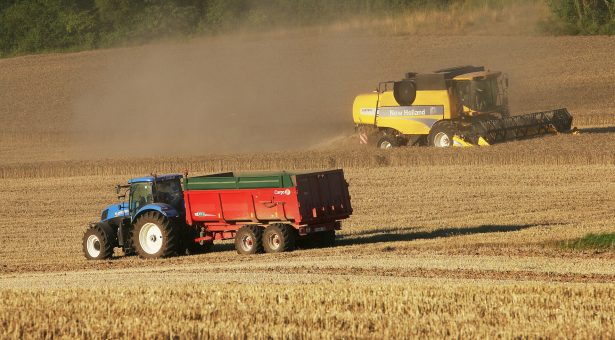 A 120-year debate on how nitrogen-fixing bacteria are able to breach the cell walls of legumes has been settled after paper published by John Innes Centre scientists reports that plants themselves allow bacteria in.

Once inside the right cells, these bacteria take nitrogen from the air and supply it to legumes in a form they can use, ammonia.

Whether the bacteria breach the cell walls by producing enzymes that degrade it, or the plant does the work for them, has been contested since an 1887 paper in which the importance of the breach was first recognised.

“Our results are so clear we can unequivocally say that the plant supplies enzymes to break down its own cell walls and allow bacteria access,” said Professor Allan Downie, lead author from the John Innes Centre, which is strategically funded by BBSRC.

The findings form part of research at the John Innes Centre to fully understand the symbiosis that enables legumes to be the largest producers of natural nitrogen fertiliser in agriculture.

Manufacturing nitrogen fertilisers for non-legume crops uses more fossil fuels than any other agricultural process. Once they have been applied, they release nitrous oxide, a greenhouse gas about 300 times more powerful than carbon dioxide.

Legumes bypass both problems via their symbiosis with rhizobal bacteria from soil. The ultimate aim is to enable non-legumes, and possibly even cereals such as wheat and rice, to develop the symbiosis and source their own nitrogen from the air like legumes.

“The fact that legumes themselves call the shots is a great finding but it also shows the complexity of the challenge to try to transfer the process to non-legumes,” said Downie.

Plants give rhizobial bacteria a pass, but only allow a controlled invasion, not access all areas.

A plant cell wall is hard to penetrate, constructed from carbohydrates including pectin. It is like a room with no doors or windows. Rhizobial bacteria signal to the legume that they are there and the plant produces pectate lyase, an enzyme that breaks down pectin and allows rhizobia through one wall.

But this is not an open door for pathogenic bacteria and there are strict controls on entry.

The bacteria induce the plant to build a tunnel through to the next cell wall and the next until the bacteria reach the root where they will reside. As they grow along the tunnel and from wall to wall, they are not allowed beyond the tunnel’s confines, ensuring the plant guards itself from them taking advantage.

The tunnel also provides a barrier against rogue bacteria getting into plant cells disguised as rhizobia.

When the rhizobia reach the right type of cell, they are allowed to break out of the tunnel. The plant forms nodules on its roots to house the bacteria, from where they convert atmospheric nitrogen for the plant. The plant takes this essential nutrient to the leaves where it promotes growth and photosynthesis.

“Firstly, how does the plant make the nodules that contain cells to which the bacteria can be delivered, and secondly how do the bacteria get into these nodule cells?”

The findings published in PNAS contribute to understanding the latter.

“There will be many more hurdles to overcome, but our findings reveal a key step in the development of nitrogen fixation symbioses.”