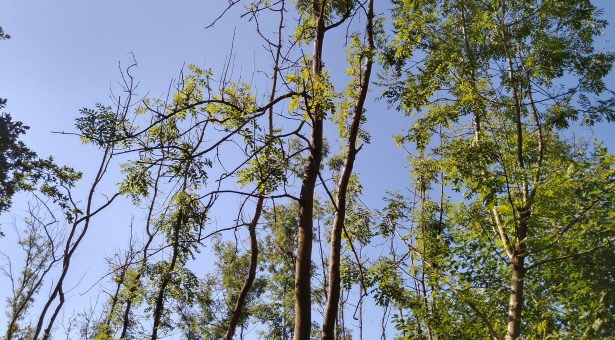 The first sequence data for a survivor of the ash dieback epidemic has been made available by scientists from The Genome Analysis Centre (TGAC) as part of a research collaboration led by the John Innes Centre and The Sainsbury Laboratory.

In Denmark, the Chalara fraxinea fungus responsible for ash dieback wiped out 60-90% of ash woodland. But “Tree 35” is one of two trees identified on the Danish island of Zealand with high levels of resistance.

“Speed is important to the research so that all those studying the epidemic can start to look for clues to tackle it.”

C.fraxinea has been confirmed at 500 UK sites and is now being treated as a quarantine pest under national emergency measures. Professor Erik Dahl Kjær and his team from Danish Forest & Landscape became aware of Tree 35 in 2007 when they began to look for tolerant ash trees in Danish genetic field trials.

“We have followed this tree since 2007 because it remained healthy while other trees in our tests died or became severely damaged,” said Professor Kjaer.

The scientists are seeking analysis of the data from researchers all over the world via the crowdsourcing website OpenAshDieBack. Experts may be able help pinpoint genes of particular interest for breeding.

The genetic insights could eventually be used to cross Tree 35 with breeding stock from our native ash population. Tree 35 is predominantly female and the genetic make-up could help identify a predominantly male UK tree with resistance to make a breeding pair. Or it could be used to identify both female and male UK trees with similarly low susceptibility to the fungus. A combination of crosses might be needed for a lasting comeback from the epidemic.

“This first draft is enabling us to start gathering information about specific aspects of the genomic composition of tree 35 and to address specific challenges,” said Bernardo Clavijo, who led The Genome Analysis Centre’s assembly and data analysis work for both the genomes of Tree 35 and the Chalara fungus.

Ash trees are almost always fertilised by pollen from another ash tree rather than by self-pollination. This generates two copies of each chromosome in the resulting seeds.

Although very similar, the chromosomes tend to have many differences when you look at the detail. This ‘heterozygosity’ makes it difficult to generate a genome sequence because in effect you have to put two genomes together at the same time.

“It is a bit like putting together two jigsaw puzzles at the same time from one pool of pieces,” said Professor Downie.

“The two jigsaw puzzles have very similar, but have slightly different pictures when you look at the details.”

“We are working to reduce the effect of heterozygosity and to improve the overall assembly,” said Clavijo.

In March, the scientists released the first sequence data for the ash dieback fungus. This has already revealed that strains from different woodlands within Norfolk are highly variable. They have also released the first close-up images of sex organs of the fungus. These organs initiate the sexual cycle that produces spores. The spores are responsible for causing and spreading infection.

“It is a tribute to the enthusiasm of the scientists involved, the benefits of international collaboration, and the funding from the BBSRC and Defra that such rapid progress has been made. I sincerely hope that the open accessibility of the genome data will encourage others to contribute to its analysis,” said Downie.