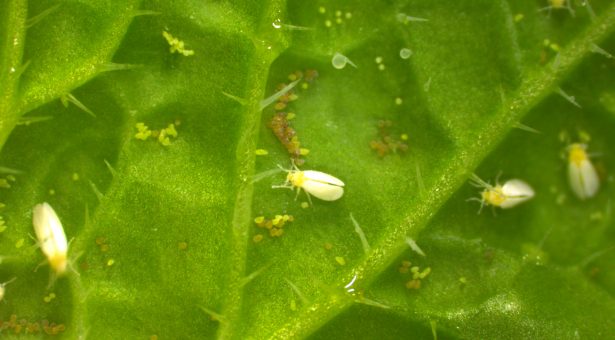 Dr Saskia Hogenhout, in collaboration with the Dr Eduardo Bejarano from the University of Malaga (Spain) and Dr Ian Bedford, will pursue an innovative global health and development research project.

Grand Challenges Explorations (GCE) funds individuals worldwide to explore ideas that can break the mould in how we solve persistent global health and development challenges.

Dr Hogenhout’s project is one of over 100 ‘Grand Challenges Explorations Round 8’ grants announced by the Bill & Melinda Gates Foundation.

“Grand Challenges Explorations encourages individuals worldwide to expand the pipeline of ideas where creative, unorthodox thinking is most urgently needed,” said Chris Wilson, Director of Global Health Discovery and Translational Sciences at the Bill & Melinda Gates Foundation. “We’re excited to provide additional funding for select grantees so that they can continue to advance their idea towards global impact.”

To receive funding, Dr Hogenhout and colleagues and other Grand Challenges Explorations Round 8 winners demonstrated in a two-page online application a bold idea in one of five critical global health and development topic areas that included agriculture development, immunization and nutrition.

The Tobacco Whitefly (Bemisia tabaci) is one of the most damaging pests to crops and plants globally. Its ability to disperse locally, and internationally through the commerce of plant products, has resulted in explosive population growth, making it a major threat to food security.

It is responsible for extensive losses to cassava crops, a staple food in sub-Saharan Africa, and cotton crops in India and Pakistan. It damages plants directly by sucking out sap, and indirectly through numerous viruses it is able to acquire and transmit. Insecticidal control can be environmentally damaging and can become useless when whiteflies develop resistance, so new control measures are urgently needed.

When a gene is turned on, its DNA sequence is converted into messenger RNA (mRNA). Nobel prize-winning work showed that other ‘interfering’ RNA molecules (RNAi) can associate with mRNA, blocking its action and so ‘silencing’ the gene.

Dr Hogenhout has shown that plants can be made to produce RNAi molecules that, when the plant is fed on by the insect, silence the insect genes.

Working with the University of Malaga and Dr Ian Bedford of the JIC Insectary, the project will generate genetically modified plants producing RNAi molecules that specifically block whitefly genes that are essential to their survival, reproduction and ability to acquire and transmit viruses.

This pilot project will assess whether the concept of plants producing RNAi against whitefly will work, in a controlled environment.

The eventual aim of the work is to produce whitefly-resistant cassava and other staple and subsistence crops grown in sub-Saharan Africa and South East Asia.