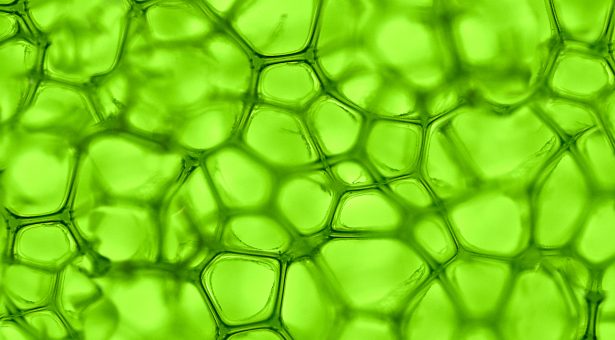 For organisms to grow and develop, they must produce tissues with distinct functions, each one made up of similar cells.

These different tissues are derived from stem cells. How stem cells divide to create new cell types is known as asymmetric cell division, and is obviously crucial to the overall development of the organism.

In plants, whose cells cannot migrate, the location where a stem cell undergoes asymmetric cell division must also be crucial to ensuring tissues develop in the correct place.

In research published in the journal Cell, a collaboration between theoretical biologists and experimentalists, headed by Stan Marée of the John Innes Centre, and Ben Scheres, of the University of Utrecht, the Netherlands, uncovered a molecular switch that integrates signals to ensure these asymmetric cell divisions happen in the right place and at the right time, to produce layers of specialised tissue in the root.

“Through an experimental-modelling cycle, we have unravelled how stem cells in the Arabidopsis root regulate asymmetric cell divisions that give rise to two new cell identities at the correct position,” said Dr Stan Marée of the John Innes Centre, which is strategically funded by the Biotechnology and Biological Sciences Research Council.

“We dissected the underlying molecular circuit which operates in each cell, and found that it presented a highly robust bistable behaviour, due to two positive feedback loops involving the proteins SHR, SCR and the cell-cycle related players RBR and CYCLD6;1. In other words, we showed that the circuit behaves like a switch.”

Bistable systems, which can only exist in one of two states, are found in nature where tight control is needed. Positive feedback loops are common features of them as they help make the rapid switch from one state to another.

Having identified this switch, the next step was to work out how the plant turns it on and off, so that only the correct stem cells perform asymmetric division, and in the right location for the overall development of the plant.

To do this, Dr Stan Marée together with Dr Verônica Grieneisen constructed a mathematical model, an in silico version of the root and the molecular circuitry behind the switch.

The physical location of an asymmetric cell division relies on the interaction of the plant hormone auxin and the protein SHR.

Previous work by Dr Grieneisen had shown how auxin accumulates in the root tip through a reflux-loop mechanism established by polarly localised auxin efflux carriers in cells, and that the concentration of auxin declines the further from the root tip, forming a gradient with its highest peak at the stem cells. SHR protein sets up a similar gradient, but perpendicular to the auxin gradient, radiating out.

“We found that the cells that undergo these special cell divisions are located right at the crossroads of these two gradients,” said Dr Grieneisen.

The cell divisions also trigger protein degradation, which turns the switch off again. This is needed to prevent uncontrolled development.

“The mechanism we found, based on molecular and genetic interactions and within the spatial context of the root, closely resembles a flip-flop circuit as is known in electronics,” said Dr Grieneisen.

Flip-flop circuits provide a robust way of integrating signals to switch between two definite states, and it is possible that similar molecular circuitry is behind other important cellular processes.