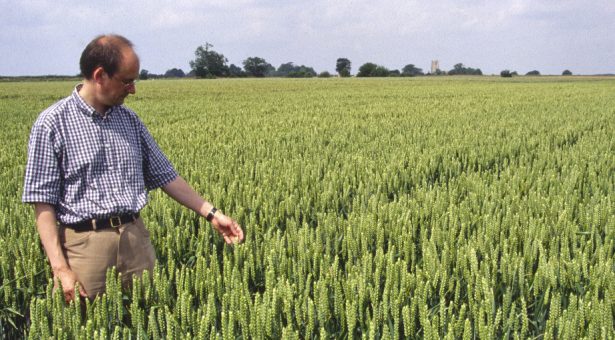 The use of new genomic techniques and increased sequencing power promise to help breeding crops, but for wheat the pipeline from the laboratory to the field is held up by wheat’s complex genome and the lack of the kind of detailed genome sequence available for simpler plants.

Dr Martin Trick and Dr Cristobal Uauy have recently published a new study that applies next generation sequencing techniques to wheat and shows how it can aid in fine mapping genes to the level needed by the plant breeding community more quickly and efficiently than has been possible before.

Wheat is one of the most important crops in the world, providing a fifth of all the calories and protein consumed.

Its genome is huge and during domestication has been duplicated twice for durum wheat and three times in bread wheat. Identifying the functions of genes or recognising which genes are responsible for certain traits has, because of this, been difficult, time consuming, and costly.

Synteny, the similar arrangement of genes on chromosomes between different species, can be used as a road map to identify regions in the wheat chromosome where a gene of interest is, if that gene is known in a related species. But to be of use to plant breeders, more precise mapping is needed.

Genetic markers that are linked to the gene of interest are used to progressively get closer to the gene, but this bespoke process is laborious, and even at the end the markers may not be close enough to the gene to be used in commercial plant breeding programmes.

To address this, and accelerate fine mapping in wheat, Dr Uauy and colleagues at the John Innes Centre, which is strategically funded by the Biotechnology and Biological Sciences Research Council (BBSRC), used newly-developed next generation sequencing techniques to attempt to map a previously defined wheat gene, as a proof of concept experiment.

These methods are concentrating on sequencing the mRNA transcribed from the DNA, similar to methods described for oilseed rape by JIC’s Professor Ian Bancroft. These methods detect single nucleotide polymorphisms (SNPs) that can be mapped to the genome and developed into useful markers.

The closer a SNP is to the gene, the more likely it is that the SNP and the gene segregate together when two plants are crossed. These SNPs can be used as molecular markers by breeders to follow genes during the breeding process.

The team tested the use of next generation sequencing and SNP detection to map a gene that affects grain protein content. They crossed two lines of wheat that are genetically identical (isogenic), except for a specific area of the genome.

In collaboration with The Genome Analysis Centre, they identified 3,500 potential SNPs – representing differences between the genes of the two lines. The challenge was then to work out which of these are closest to the gene of interest.

The resulting plants from the cross were sorted by their grain protein content into two groups, or bulks. Examining the frequency of each SNP in the two bulks shows which ones are closest to the gene, as SNPs that are close to the gene segregate together.

Using this technique, called bulked segregant analysis, they were able to fine map the gene to an extremely small interval and in a much shorter time than would have been achievable using conventional mapping methods. This approach also overcomes the problems associated with the multiples genome copies in wheat as it looks at the relative frequencies of SNPs.

This study was published in the journal BMC Genomics, were it has been highly accessed. It establishes as a proof of concept that next generation sequencing and bulked segregant analysis can be used to fine map genes in wheat, and other plants with non-sequenced genomes. This will help better define genes used by breeders and provide them with the more efficient tools to deploy them into commercial varieties.