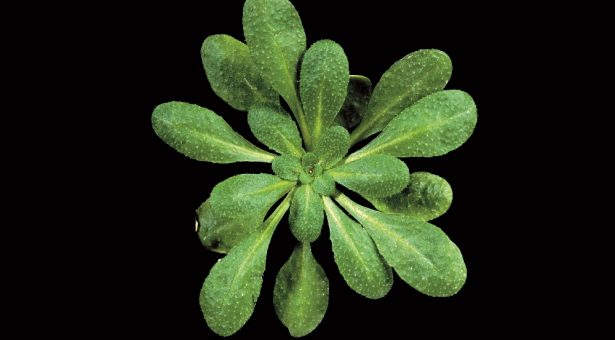 It would be easy to assume that with the characteristics laid out in part 1 of this blog, that Arabidopsis was always an obvious choice as a model organism, however its story is as tangled and complex as the bed of weeds it was plucked from.

Enter Chris and Shauna Somerville; a young Canadian couple who, in 1978, after finishing a PhD in E. coli genetics and a Masters in plant breeding respectively, were looking for their next project.

Full of newly-wed optimism and vigour, they wanted to improve plants to feed the world’s expanding population but were frustrated with the slow-to-mature maize and tomatoes.

After reading an article by George Rédei about Arabidopsis, the Somervilles began to champion the plant with the aim of attracting scientists from many different disciplines to emulate previous successful collaborations, such as those of Drosophila and E.coli.

By 1985, a small group of Arabidopsis researchers had come together, including Elliot Meyerowitz (a distinguished associate of the Sainsbury Laboratory, Cambridge), Marteen Koornneef and David Meinke. Together they conducted research on Arabidopsis into photorespiration and gene extraction.

However, as with most weeds, Arabidopsis continued to lack admirers and funding was initially short. ‘The mutants of Arabidopsis’ (Estelle & Somerville, 1986) was met with much contention by maize geneticists who still failed to see the relevance of working with a plant which itself had no economic value.

Over time and as the reputation of the scientists working on Arabidopsis grew, so did support for the organism. With an expanding biotechnology industry that now encompassed commercialised DNA technology, Arabidopsis was quickly identified as a suitable plant for genetic modification.

Just as it looked like it was time to shine, and with the dreams of many eminent scientists on its shoulders, Arabidopsis showed its weed-like resistance and proved much more difficult to genetically modify than anticipated.

Eventually these initial problems were resolved and scientists found that Arabidopsis seeds would accept genes from GM Agrobacterium after being soaked before planting, and this original, rudimentary experiment by David Marks and Ken Feldman remains the foundation of gene insertion techniques today.

Overcoming this major hurdle was a stepping stone for Arabidopsis to become a pre-eminent model organism for plant genetic studies and genetic manipulation. In the third and final part of this blog, coming soon, you can find out how Arabidopsis has quietly played an important and ever-present role in so much of the world-class research from the John Innes Centre.