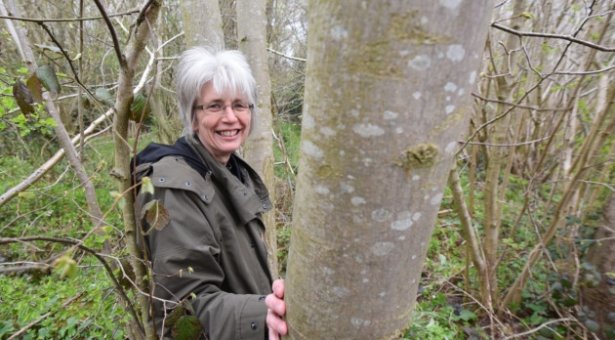 It was much smaller than it is now; Colney Lane really was a lane, there was no hospital and buses only got as far as UEA.  The bright lights of Norwich were quite distant, and the Rec Centre and the John Innes Society played a big role in the social life of the Institute.

Every year, a “Newcomers’ Party” was held in the Rec Centre. It was The Event of the social calendar and took place in October to coincide with the new intake of students and postdocs.

Turnover of staff was much less than it is now. The recent starters would have numbered about 30, compared to the hundreds today. I joined the now extinct Department of Applied Genetics alongside 4 other PhD students.

Almost everyone on site came to the party so it was a great opportunity to get to know fellow workers.  The John Innes Society laid on a sumptuous feast and there were a couple of free drinks too.

The night of my first Newcomers’ party coincided with the now infamous ‘Great Storm of 1987’ that BBC weatherman Michael Fish had predicted would be “nothing to worry about”.

The next morning, almost every tree in Norwich was down, roads were blocked, and people were warned to stay in their homes.

Most of the John Innes greenhouses were smashed. Many of the broken panes were salvaged for making protein gel plates (Biorad mini gel tanks were still a long way off).

I had recently arrived from Wales and this was the furthest east in the UK I had ever been. In fact, the journey had taken me so long that I’ve never dared leave. Surrounded by the morning-after devastation, I asked myself “Where have I come to? Is this normal for Norfolk? That must have been one hell of a party”.

I was living by the train station in Norwich at the time and remember strolling up the Prince of Wales Road with an axe to chop myself some free firewood – it kept me going for the three years of my PhD, as did the greenhouse gel plates.