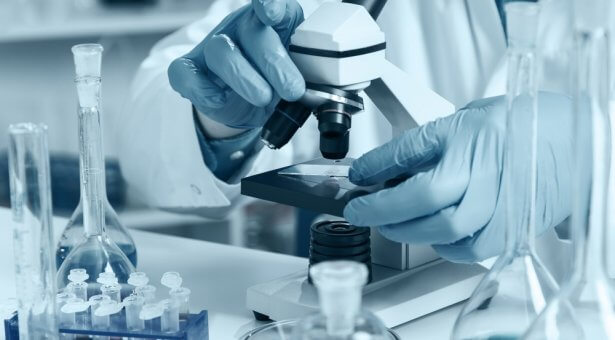 Dr Guy Polturak is a postdoctoral scientist, spending his days hunting through gene clusters for the genes involved in specific biosynthetic pathways.

“I’ve had a long-time interest in plants, and in particular the chemistry of plants. In high school I majored in biology and chemistry, although at the time I really didn’t know I would go down this path in the long run.

By the time I started my bachelor’s degree in biology, I knew that plant chemistry was the topic I’d want to focus on in the future. I’m fascinated by the incredible variety of different molecules that plants produce, many of which are beneficial to humans, from fragrances and spices, to pharmaceuticals and dyes.

In my PhD studies at Weizmann Institute of Science in Israel, I investigated the biosynthesis of plant pigments called betalains, which give red and yellow colours to numerous plants, including red beet, the cacti family, and various ornamental plants.

Our research sought to identify genes that take part in the betalain biosynthetic pathway, essentially meaning the genes and enzymes that are involved in a series of chemical reactions, through which metabolite X is converted to metabolite Y, in this case a betalain pigment.

I found this type of research to be exciting, because it resembles police detectives’ work; you have an initial list of suspects for say a bank robbery and it’s your job to gradually narrow it down based on the evidence you gather, to eventually identify the actual bank robbers. Once you know who did it, you must then provide evidence that is compelling enough to convince the judge and jury, or in our case – the editor and peer reviewers of a scientific journal.

Two years ago, I joined Professor Anne Osbourn’s group here at the John Innes Centre, to work on a research project funded by a Royal Society – Kohn International Fellowship.

In this project, rather than looking for genes that take part in the biosynthesis of a particular molecule, we’re taking a sort of reverse approach and looking into plant genomes in search of genes that might be involved in biosynthesis of certain specialised metabolites, without knowing in advance what these metabolites actually are.

What makes this sort of approach feasible is the phenomenon of biosynthetic gene clusters, in which genes that take part in a specific biosynthetic pathway are, in some cases, co-located in the plant genome. You can use this as a way to mine genomes, searching for gene clusters that appear interesting.

Then, looking at where and when these gene clusters are expressed in the plant might also suggest a certain physiological function.

To put it in the context of detective work, in this approach there isn’t any specific bank robbery that we want to investigate. But if we see the entire Ocean’s Eleven crew all sitting together in a café, across the road from a bank, we can assume they’re up to something…

In our project we are specifically looking into genomes of the grasses family (Poaceae) that includes the cereal crops, which have tremendous importance in agriculture.

We’re also focused on finding gene clusters that may be involved in plant defence against pathogens (for example phytopathogenic fungi and bacteria).

By identifying and characterising these gene clusters we can learn more about how a certain cereal crop produces chemicals to defend itself from pathogens and pests.

From there we can try to understand how this chemistry diversifies (or alternatively contracts) throughout the plant’s natural evolution, or during domestication. We might also learn more about the actual phenomenon of gene clustering in plants, which in itself is intriguing.

While this is a fundamental research project, identification of defence-related gene clusters and the compounds which they produce, can also potentially lead to application in agriculture in the long-term.

For example, genes found to confer increased tolerance against pathogens can be used as genetic markers in breeding programs. Alternatively, newly identified compounds can be tested for antifungal or antibacterial activity and assessed as candidates for possible use in crop protection.

I feel fortunate to have been able to pursue this research at the John Innes Centre (and with the neighbouring The Sainsbury Laboratory), where world-class experts on cereal genomics, pathology, and genetic engineering are just a few doors away. It’s great to always have someone to consult with, and has also enabled us to setup several collaborations, which have really pushed the project forward.

I’ve recently started a two-year Marie Curie Individual Fellowship, which will allow me to develop this research further into new avenues, and hopefully to catch a few bank robbers on the way.”