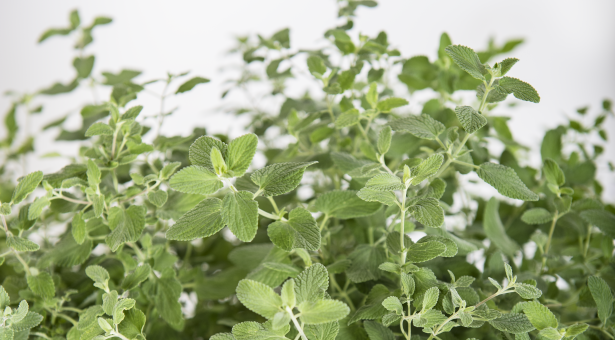 Plants may appear peaceful, but beneath their calm exterior, they’re locked in continuous and ever-changing chemical warfare.

To survive plants must continuously produce chemicals, either to attract pollinators to help them reproduce, or act as repellents to potential threats from herbivores or pests.

As scientists, we are interested in uncovering what these chemicals are and what they do, so that we can investigate how to harness them for human benefit. For example, some defensive molecules are now being used by humans in medicine (such as vinblastine and vincristine from the Madagascar periwinkle).

Alongside these uses however, sometimes there are unforeseen side-effects.

Take ‘Nepetalactone’, which may be a name more familiar to chemists, but is more widely known for the effect on cats of the plant that produces it; catnip.

One of the molecules responsible for this effect is; iridoid nepetalactone. The mechanism for how iridoid nepalactone produces this effect on cats is not well understood, but it is thought that the effect on their behaviour is similar to the behaviour elicited from feline reproductive hormones. Other iridoid-producing plants that are known to have a similar effect on cats are Valeriana officialianis and Actinidia polygama.

Nepetalactone was first discovered in 1941 from catnip essential oils by Samuel McElvain at the University of Wisconsin.

Nepeta species such as catnip and catmint (Nepeta racemosa), make nepetalactone by adding oxygen atoms to geraniol, a chemical commonly produced in plants and used in perfumes. Oxidized geraniol can then be cyclized, creating the characteristic iridoid ring structure.

The plant makes nepetalactone in its aerial tissues (those above the ground), such as leaves and flowers, because these are perfect locations to release this volatile compound into the atmosphere.

But why would a plant want to mimic a cat sex pheromone?

The answer is it doesn’t. Rather than amorous cats, the intended target of nepetalactone is insects, on which it has been shown to have a strong repellent effect. It’s good for the plants, but it could also be useful for humans, as it has this effect on a number of insects, including mosquitoes.

Scientists have even proposed to use catnip as a more sustainable insect repellent for populations vulnerable to malaria and other mosquito transmitted diseases. Furthermore, small changes to the nepetalactone structure has been shown to increase or decrease aphid attraction to the plant, but the ecological implications for this effect are currently unknown.

Catnip’s insect repellence is well known outside of science: garden enthusiasts will know that catnip and catmint will help keep invading garden insects at bay and will often include them in their gardens to protect more ornamental plants. While insects are probably the intended target, cats seem to be unfortunate accidental victims of nepetalactone.

Work at the John Innes Centre on Nepeta focuses on how these plants make nepetalactones, and how did they evolve this ability in the first place.

Nepeta species are part of the mint family, which includes well-known herbs such as mint, lavender and basil.

Key discoveries about plant molecules such as nepetalactone can help us learn how plants produce, and how we can utilise nature’s pharmacy.