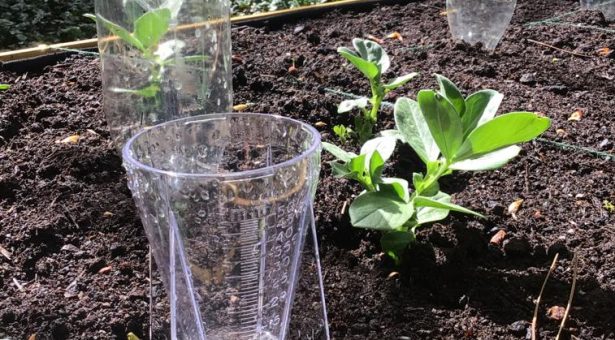 Climate science and global warming is something that we are all aware of, with the news regularly depicting the floods, fires, famine and drought associated with a warming planet.

Global warming is also a concern for our politicians and the public with research institutions and funding bodies keen to do what they can to support improving our resilience to climate change.

The Royal Society is no exception and as a result it has extended its Partnering Award Scheme to stimulate the development of ‘Tomorrow’s Climate Scientists‘.

By the end of this century, it is expected that the UK will be up to 4°C warmer but how will plants respond to these changes?

This question is a focus of our research within the Genes in the Environment Institute Strategic Programme (GEN ISP), through which we want to improve our understanding of the myriad of ways plants will respond.

Town Close School in Norwich got in touch with us to find out if we’d be willing to partner with them in an application to the Royal Society programme with the aim of helping pupils undertake their own research project.

The school wanted to find out whether nitrogen dioxide pollution and climate variables around their school would affect crop growth.

This question had initially been posed by one of the pre-prep school pupils.

Dr Teresa Penfield supported the project. She enthused, “I loved the fact that the pupils were asking scientific questions and that their teacher chose to answer them by getting students to undertake a science project themselves. The question was very relevant to the science we undertake in the GEN ISP and The Royal Society Partnering Award would give them the opportunity to fund the experiments they wanted to do.

The pupils at Town Close School ranged in ages from 3 to 13, with the whole school getting involved in the project.

My role was to help them set up the project in a scientifically robust way, support the writing of the grant, to advise on methods and equipment, and help to explain the results that they were seeing and we were joined on the project by another scientist, Dr Leo Alexandre, from the University of East Anglia”.

The pupils began by writing their hypotheses for the experiment, what they thought they would find and then they worked out how to test this.

Through the science project, the pupils developed plenty of new skills and knowledge, including how to;

The pupils also learnt that even at a local level, climate variables such as light and temperature are important factors controlling crop growth.

Most importantly they discovered that science is fun and that they too could become a scientist.

Mrs Sarah Laing, Deputy Head of Pre Prep, who led the project at Town Close School said, “We were delighted to be supported by the world renowned John Innes Centre to help deliver an exciting project for our pupils. Our children were given the opportunity to gain a better understanding of what climate science is, and how it relates to important areas, such as how the food they eat is impacted by climate quality and change.

Teachers involved were able to deliver a fascinating topic to pupils throughout the School, with help and guidance provided by the John Innes Centre and the Royal Society. At Town Close School we look forward to continuing and further developing these types of collaboration, in order to stimulate our pupils interest in the sciences in general, and introduce them to possibilities of how they might be able to contribute to a better future for all.”

Of the students who responded to a questionnaire to assess the project, 92% wanted to learn more and 54% thought that they would like to become a scientist and may well go on to become one of our future climate scientists.