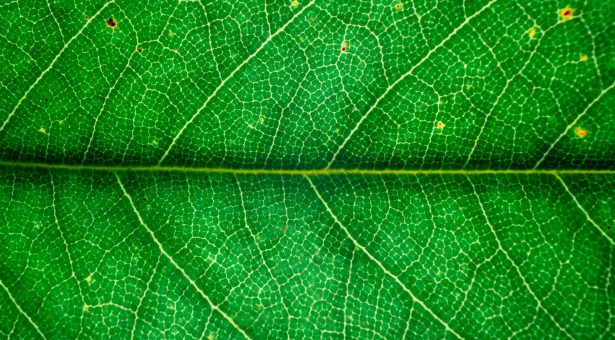 Cancers are a great concern to humans, but do not seem to be as great a threat to plants – why?

Cells inside a plant or animal are carefully controlled by the organism to divide at the right time. Sometimes when the DNA in these cells is changed or mutated, the cell starts to divide rapidly and uncontrollably – this is what we call cancer.

This rapid division of cells can cause the most harm to the organism when these cancerous cells spread around the body affecting different organs and functions.

DNA mutations can be caused by infections; viral, bacterial, or fungal. In mammals DNA mutations are sometimes caused by the environment, from exposure to UV light, or carcinogenic chemicals such as cigarette smoke, causing the DNA within the cells of an organism to mutate more frequently than is usual.

In plants, mutations can be more likely in certain hybrids, where two plant varieties have been crossed, or cross-pollinated. Plant scientists and crop breeders make use of methods to induce DNA mutations when studying and developing plants and crops.

Like animal cells, plant cells mutate, but does that mean that they can develop cancer? In fact plants may not get cancer as we think of it, but they can and do suffer from tumours, where cells become disorganised and divide uncontrollably.

Pathogens such as Crown Gall, fungal infections and geminiviruses can bring DNA into a plant cell, changing the DNA code and altering the levels of plant hormones such as auxin or cytokinin that the cell produces. These hormone changes can lead to irregular cell division and effect other cellular process, from transcription to physiology, causing tumours to grow, or for cells to divide abnormally.

Despite being at risk of developing tumours, they often aren’t as dangerous for a plant as it would be for a human or other animal. Cancer by definition requires the tumours to pose a threat to the plant’s health, and in plants they don’t often cause major problems.

This is because of a fundamental difference in the structure of the cells in plants compared to mammals and other animals.

In both animals and plants the organelles inside a cell, such as the nucleus (where the DNA is kept), are all contained within a plasma membrane. Plants have a second layer outside this membrane called the cell wall, which is much more rigid.

You can imagine it like this. If the plasma membrane were a bag to hold the cell contents, the cell wall would be like a box containing that bag.

But how does the this stop a plant getting cancer? The cell wall maintains tight adhesions, or connections, between individual plant cells. This forms a matrix between the plant cells that is much stronger than between animal cells, and means that cells can’t escape and metastasise (spread around the plant).

The cell wall also means that the cells remain organised, and can physically prevent cells from growing too large.

Because of this strong adhesion between cells, any cell growth or cell division must be coordinated by the plant across a group of cells, not by an individual mutated cell. This means for a tumour to occur; it must be through a collective deregulation of cell division (via hormone disruption and overproduction for example) rather than by single mutated cell. Making tumour formation much more uncommon.

So, because of the cell wall in plants, tumours or abnormal cell division may not kill the plant but it can hinder functions and development which is important for agriculture.

For example, research at the John Innes Centre by the O’Connor Lab in 2018 saw the identification of the pathway in Periwinkle plants which is instrumental in producing vinblastine. Vinblastine is a chemical used in anti-cancer drugs since the 1950’s, however it is extremely difficult to make as it has to be extracted from the Madagascar Periwinkle. This makes it very expensive, however the research showed how the periwinkle produced this useful compound and may lead to new methods to produce vinblastine.

This blog was inspired by a paper published in Nature Reviews Cancer by Doonan and Sablowski, 2010 and was originally drafted by a Year In Industry student Lucy Anderson.