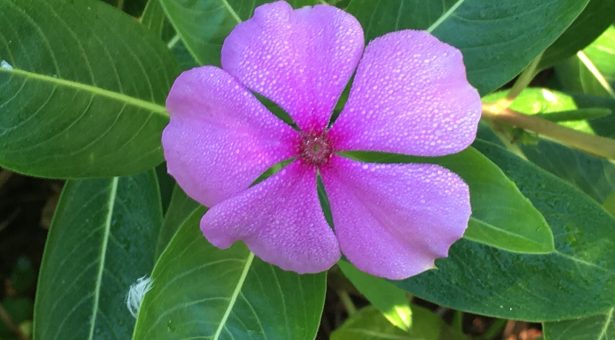 Professor Sarah O’Connor took great pleasure in personally penning the nomination letter that has led to her being awarded the Royal Society of Chemistry 2019 Perkin Prize for Organic Chemistry.

Having been nominated on several occasions over the years without success she put herself forward at the insistence of a female colleague, an organic chemist at the University of Edinburgh, who felt it was high time the gender balance of Royal Society of Chemistry awards was addressed.

“I had a lot of fun writing the nomination letter,” recalls Professor O’Connor. “I outlined some of the nicest papers we’d published over the past five years and invited them to take their pick. I said I’d be delighted and thrilled if they awarded it to another female chemist, over me.

“But if they gave it to another man they might want to take down their web page on equality and diversity because it’s clearly lip service. And they gave me the award.”

In fairness to all concerned, there was no shortage of substance amid the self-promotion. Over the past five years the O’Connor group at the John Innes Centre has taken full advantage of exciting technological advances to make a string of breakthrough discoveries. The most recent was a milestone paper in the journal Science which uncovers the chemical pathways to the anti-cancer drug Vinblastine in Madagascan periwinkle; an international collaboration that culminated an extremely competitive 60-year search.

But the message from the award that Professor O’Connor is most keen to get across is straightforward…. if you are a female scientist this is no time to be shy about promoting your work.

“I hate to generalise but I do think it is fair to say that more women are a little more self-conscious about self-promotion than men. That is probably generally true, though individual cases may vary of course.”

Professor O’Connor is the recently-appointed Director of the Department of Natural Product Biosynthesis at the Max Planck Institute of Chemical Ecology (Jena, Germany). From 2011-2019 she was a project leader in the Department of Biological Chemistry at the John Innes Centre. She has co-authored over 100 peer-reviewed papers and is co-inventor of two patent applications. She has mentored 13 PhD students and 26 postdocs.

Her field, organic chemistry, she believes, is becoming more representative after years of male-dominated culture. Her growing conviction is that the effects of these early culture settings can linger and require positive measures to remove.

“But I am organising a conference at the moment and I was trying to put together a list of 12 speakers and the first five people I thought of were men. I thought, I really don’t want to have a conference of male-only speakers and I stopped and I said let me think of some female speakers. It took me two minutes to think of some phenomenal female speakers. It was an interesting exercise for myself in that those were not the names that came into my mind first. It helps to periodically calibrate ourselves in terms of looking at distribution.”

Back in the lab, a rise of enabling technologies offer promise of a golden age of plant organic chemistry: there are improvements in mass spectrometry, genomics, expression systems which allow natural organic products to be identified and produced rapidly at gramme-scale quantities. These can be taken forward by chemical engineers involved in drug production.

“In relation to vinblastine, we imagined certain enzymes and how they might work and now we have the crystal structures. Just being able to visualise how it works in nature is so beautiful. It’s so beautiful I just look at the computer screen and I’m smiling,” says Professor O’Connor.

That will be the subject of another paper soon. Other work will involve finding new molecules to study, trying to understand how chemistry has evolved across phylogenetically related plants. This has already taken to group to collaborations in Brazil looking at plants that have a history of medicinal application in the Amazon.

After eight years at the John Innes Centre the move to Germany provides a unique opportunity to build something, says Professor O’Connor. The Royal Society of Chemistry Award marks the start of a new career direction, and she has a practical sign off for colleagues.

“My message is don’t be shy, nominate yourself, and sell yourself in your nomination letter.”