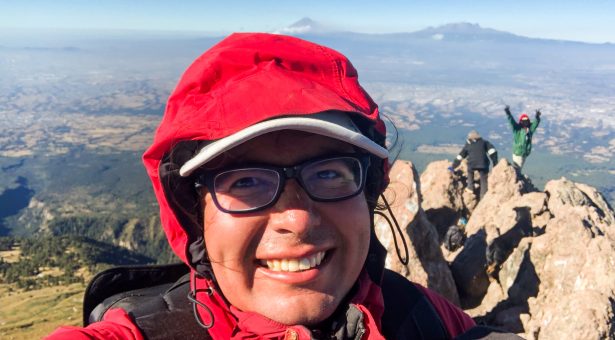 He is interested in data management and visualisation that can be used to facilitate wheat research, and ultimately to apply the knowledge obtained in breeding.

Alongside this, Ricardo leads on our ‘Race and Ethnicity Equality and Diversity’ working group (REED); which aims to raise awareness of race and ethnic equality and diversity.

We spoke to Ricardo to find out more about his research and his role with REED.

“My research here at the John Innes Centre is wheat bioinformatics, which basically means getting large amounts of data and making it accessible to other scientists.

Gene resequencing projects produce a huge amount of data, which is not trivial to analyse.

With my background on Computer Sciences, I love finding the best way to analyse the data. I can spend hours optimising the analysis or thinking about what the most efficient way to present the data is, so that it is in an accessible format and keeps the computing resources at a minimum.

My main project right now is in analysing and designing visualisations for haplotypes, which are chunks of DNA inherited together, from large resequencing projects.

A career as a scientist was not something I considered when I was younger, even though I my father is a professor in the Faculty of Veterinary in the National University of Mexico.

My initial focus was on software development, as I have always loved computers.

After graduating, I worked for a short period developing systems for stock market transactions. However, after a year of many personal changes and a dissatisfaction with the working culture in the financial sector I decided to try something different.

Perhaps thanks to my family background, the itch for asking questions is always with me, so I came to Norwich to do an MSc related to science by studying Bioinformatics at the University of East Anglia.

After my MSc, I worked for almost three years in The Genome Analysis Centre (now the Earlham Institute), on a wide variety of projects.

At this point, I had the opportunity to do a joint PhD between the John Innes Centre and the Earlham Institute, on Hexaploid Wheat improvement using Next Generation Sequencing.

After completing my PhD I had the opportunity to join the Professor Cristobal Uauy Lab as a Postdoctoral Scientist and continue the development of some of the projects I had begun during my PhD. Five years later, I am proud to have been promoted to a Senior Scientist.

As somebody from a non-EU country I am painfully aware of the struggles that people from minority groups have to face.

I know I am standing on the privilege of coming from a family with the means to partially support me economically until my 30s and that I had been lucky to have supportive mentors across all the time I’d been in the UK. However, even with those, I had to survive my PhD with less than 50% of the budget than the rest of the students.

Nevertheless, I found a very supportive supervisory team that understood the economic struggles that people from abroad can face.

Last year, my colleague Dr Guru Radhakrishnan invited me to join REED and take over from him as Chair.

By this point, I had been based on the Norwich Research Park for over a decade, so I have developed a good view of the systemic glass ceilings that ethnical minorities can face and I think it is important to increase the awareness of the systemic – intentional or not – hurdles that hinder the diversity of science, so that we can work together to remove them”.