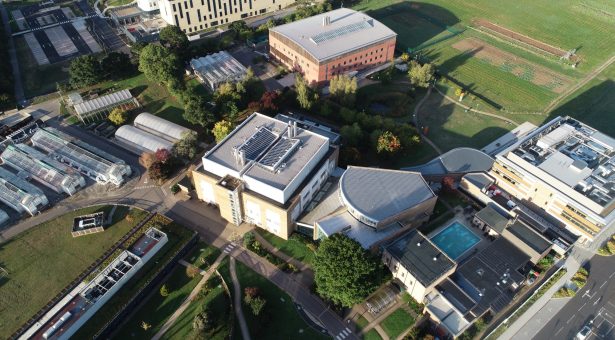 Scientists at the John Innes Centre are recognised for their contributions to the national and international research community.

Professor Dean received the 2020 Wolf Prize in Agriculture for her ground-breaking work on flowering time control and epigenetic basis of vernalization – the process by which plants delay flowering until they have experienced a period of prolonged cold.

The Wolf Prize is awarded annually to prominent scientists and artists for their unique contribution to humanity. The 2020 awards mark the 42nd year of the prize awarded by the Israeli-based Wolf Foundation.

Professor Dean is one of nine laureates to receive awards in the fields of agriculture, arts, mathematics, medicine and physics. Laureates are selected by international juries that are reappointed every year and consist of world-renowned professionals in their field.

In a second significant achievement this year, Professor Dean was elected to the American Academy of Arts and Sciences. She joins as an International Honorary Member under the class of biological sciences.

Anna is one of five young scientists worldwide selected to receive the WIT award for 2020.

Anna, whose PhD is funded by the John Innes Foundation, is a second-year student supervised by Professor Uauy and Professor Morris. Her research is focused on the genetic networks in control of early spike development in wheat, trying to understand how developmental decisions are encoded in the crop’s genome. Professor Uauy said, “Anna has a deep-rooted motivation and passion to make an impact in the world through her research. She embodies the next generation of crop scientists.”

Anna’s achievement follows in the footsteps of John Innes Centre researcher Dr Sanu Arora, who received the same award in 2019, and Sreya Ghosh, a WIT winner in 2018.

Research Fellow named on the Forbes 30 under 30 Europe list

The list published annually by the global media company Forbes, recognises young innovators and entrepreneurs who are transforming their fields.

Dr Radhakrishnan has been recognised in the Science and Healthcare category for his pioneering research on how plants and microbes have evolved to interact with each other. Dr Radhakrishnan holds a BBSRC Discovery Fellowship in the Department of Crop Genetics at the John Innes Centre. His interdisciplinary research programme is aimed at tackling one of the biggest hurdles to global food security – crop diseases.

The Forbes 30 under 30 Europe 2020 list and Dr Radhakrishnan’s profile can be found here.

The RSC award recognises outstanding and valuable service to the activities of the inorganic and biochemical member-led communities.

Professor Evans is Director of the Norwich Research Park Biosciences Doctoral Training Partnership and Chair of the Norwich Bioscience Institutes Graduate School. He was a group leader for 26 years initially at the Nitrogen Fixation Laboratory in Sussex and then at the John Innes Centre.

His research interests range from bioinorganic chemistry to bio-nanoscience and he has played a major part in developing the use of plant viruses in material sciences and medicine.