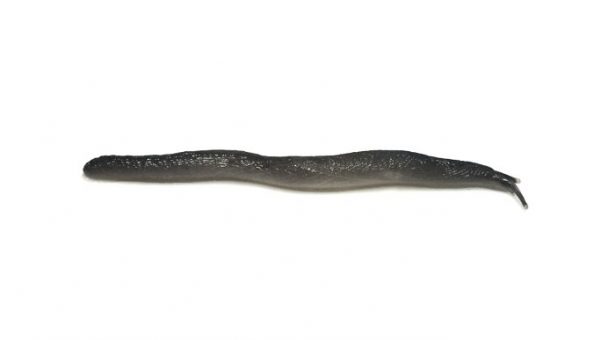 A small to medium sized extremely slender slug, with a distinct keel stretching from the mantle to the end of the tail.

The keel, tail tip and tentacles are dark. The sole is uniformly pale and the mucus colourless.Juveniles appear similar to adults but are normally paler in colour.

Can be found on all types of disturbed land, usually living a subterranean lifestyle in worm borrows, or in other holes or cracks in the ground.

Its preferred food is thought to be carrion, earthworm excrement and decaying organic mater.

However it will attack delicate plants and plant roots and can be a problem in greenhouses. It is also known to occasionally eat the eggs of other slug species.

This species should be rather unmistakable; its worm like appearance when moving is not like any other UK species. The only other elongate species Selenochlamys ysbryda is uniformly much brighter white in colour and has a bulbous mantle at the tail end.