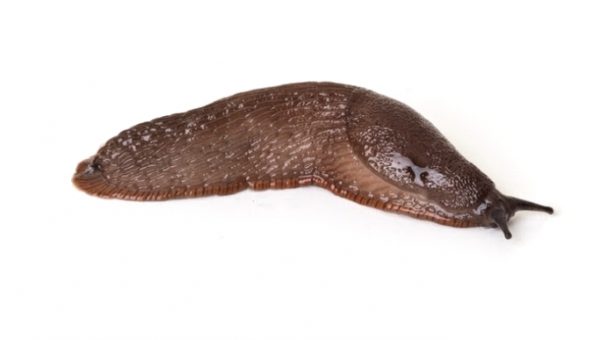 It has dark brown-black tentacles, coarse tubercles and a dark grey sole, with a large lineolated border.

This species often has a visibly darker rim around its breathing pore. Its mucus is thick, sticky and usually colourless.

Juveniles are often strongly banded and can also vary greatly in colour.

Can reach extremely large populations if conditions are right.

These slugs have an extensive omnivorous diet that includes excrement, dead animals, garden plants and a variety of crops that are not normally susceptible to slug feeding. They are also known to outcompete and push out other slug and snail species.

Regularly confused with a range of other Arion species; most commonly Arion rufus, Arion ater and Arion flagellus.

One good indicator of Arion vulgaris is the presence of a dark grey sole (darker than body sides), however this is by no means conclusive. Juveniles are often especially difficult to distinguish. Because of these issues, dissection is the only full proof method for assuring correct identification