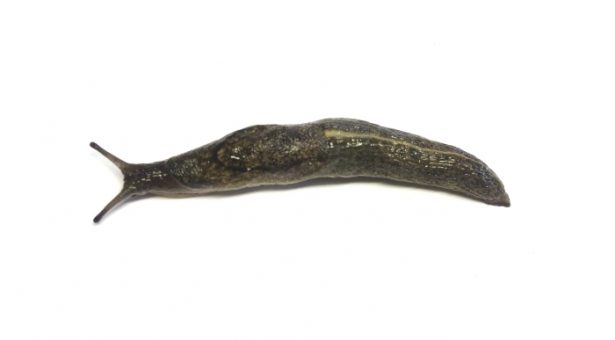 Body is brown-grey in colour with a dense covering of darker blotches.

The keel is distinct, cream or yellow in colour and runs the entire length of the tail. When contracted it forms a hump shape, with its keel raised and often crinkled. The head and tentacles are dark, whilst the sole is uniformly pale. The rim of the breathing pore is often noticeably lighter than the rest of body. The mucus is sticky and clear with a yellowish tinge. Juveniles appear similar to adults.

Found in most lowland habitats, including gardens, farmland, woodland and grasslands.

Can be a pest above and below the ground, especially in heavily cultivated areas.

Most commonly confused with the Budapest Keeled Slug, Tandonia budapestensis; however the size, colouration and keel should distinguish this species. The cross-sectional shape of T. sowerbyi is distinctly more triangular than any other closely related species.