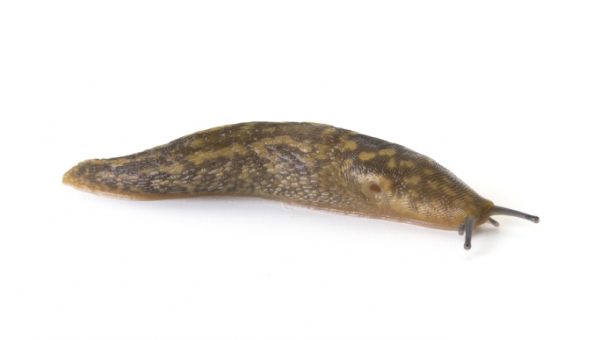 Has a distinct olive green-grey and yellow mottled or blotched patterning. Mantle typically as blotchy as the rest of body.

It has grey-blue tentacles, relatively coarse tubercles and a uniformly pale sole.

Its mucus is colourless or tinged yellow-orange.

Juveniles are often darker in colour and may appear less mottled.

Most commonly associated with houses and gardens. Can also occur in woodland and farmland.

Not a known pest of live plants; it will regularly eat mould and algae and is often found within compost heaps. It is also commonly found within the home and is well known for feeding on pet food.

Most commonly mistaken for the Yellow Cellar Slug, Limacus flavus; this species tends to have less green-grey blotching and much more of an overall yellow colouration. It also usually has a visible central pale stripe, often extending much of its body length.