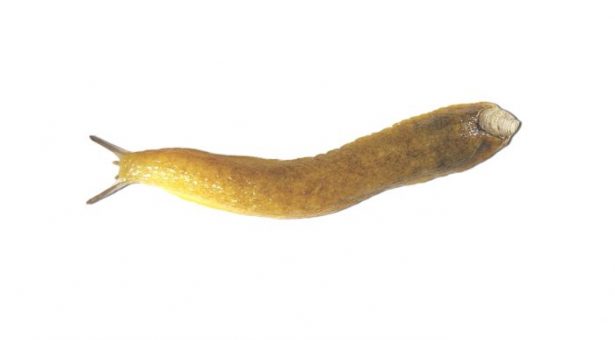 Colour creamy-white to yellow-brown, commonly darkening towards the tail tip. Colour uniform and without distinct markings.

It has a small, often slightly convex, ear-shaped shell near the tail.

It has two dorsal grooves that run down the mantle and converge but do not meet fully at the shell; parallel vertical grooves are also often visible on the sides of the body.

The tentacles are brown. The foot fringe and sole are creamy white or pale yellow like the body.

Rich soils including gardens and allotments.

Not considered a pest; its main diet is earthworms.

Separation of the two dorsal groves and lack of speckle body patternation has been used to separate T. haliotidea from the other two, however the uniqueness of these diagnostic features may not be wholly accurate and dissection is necessary to guarantee correct identification.