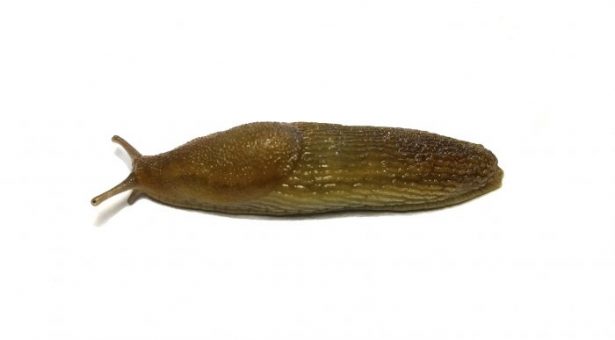 A pair of brown lateral bands are usually present, but can be faint or even absent. The foot fringe is usually the same colour as body sides and has a darker striped pattern.

This slug has small fine tubercles giving it an almost smooth appearance. The sole is always light in colour; the head and tentacles grey brown.

Its body mucus is bright orange in colour and will stain whatever it touches; while its sole mucus is colourless and does not stain.

Juveniles tend to be more strongly banded compare to adults and sometimes have additional dark markings lower on the body sides.

Can be found in virtually all habitats within the UK. It can tolerate a wide range of conditions, including high acidic soils.

Not considered a major pest, although due to its omnivorous diet it has been known to cause damage within home gardens. However this slug feeds mostly on fungi, decaying or yellowed foliage and detritus.

The combination of fine tubercles, pale sole and orange body mucus should reliably distinguish it from most other similar slugs. However this species cannot be separated from either Arion fuscus or Arion iratti without dissection (both these species are extremely rare in the UK however and are only known to exist in a handful of sites).