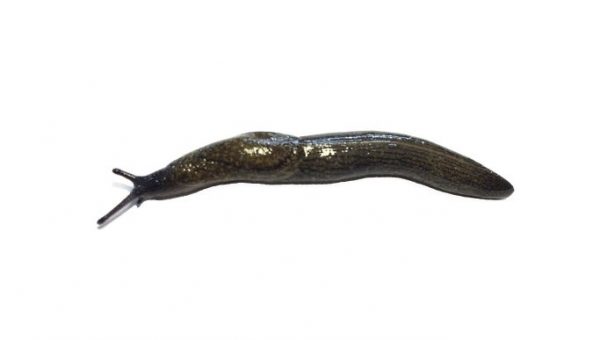 Body is light brown-grey to dark brown-grey in colour, with the mantle often appearing a more orange-brown.

The body is covered with a dense spattering of darker spots. The keel runs centrally for the entire length of the tail and is usually a dirty cream-yellow colour.

The head and tentacles are of a similar colour to the body. The sole has is pale with an obvious dark central strip. The mucus is colourless.

When contracted it tends to form an elongated hump, often with the body bent into a horseshoe shape.

Can be common in woodlands, along margins, on farmland and in various disturbed lowland sites.

Considered a major pest both above and below ground, especially for root crops, bulbs and newly drilled seeds.

This species can be reliably separated from all other similar keeled species because of its elongate body and the central strip on its sole.