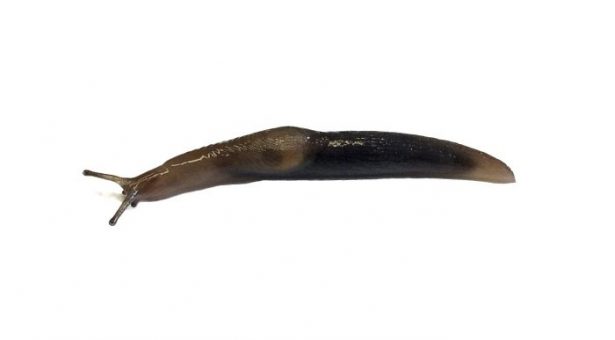 Colour ranges from cream or pale brown to black; often with a distinct two tone pattern, with tail tip, mantle and head being lighter in colour.

The rim of the breathing pore is often clearly paler than the body sides. It has a short keel and an angular, squared off tail. The sole is paler than the body and often darker internal organs can be visible. The mucus is colourless and rather watery.

Ubiquitous with most lowland habitats; it has a particular association with disturbed urban areas.

Considered to be a minor agricultural and horticultural pest.

This species distinct dark bi-colouration and smaller size distinguish it from Deroceras reticulatum, with which it is commonly found.

D. invadens is larger overall, has a longer tail in comparison to mantle and has less obvious truncation at its tail end than compared to Deroceras laeve.