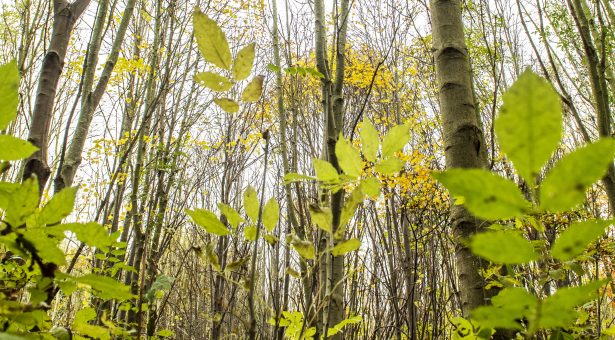 For the past decade the outlook has been gloomy for European ash trees devastated by Ash dieback and facing the threat of more invasive pests.

Now the latest scientific research brings better news. It reveals that European ash has moderately good resistance to the Emerald Ash Borer (EAB) a beetle which has severely affected ash species in the USA and some parts of Russia.

Tests on a selection of ash species show that European ash – while not immune to initial attack by the EAB – has the resources to restrict the beetle’s development.

The study finds that the frequency with which larvae of the EAB developed to later stages in European ash was much lower than in the highly-susceptible black ash. But European ash had similar resistance to that of Manchurian ash which co-exists with the beetle in East Asia.

Previously, researchers were concerned that if EAB arrived in Britain, any native European ash trees that hadn’t succumbed to ash dieback may be finished off by the beetle.

But, explains Professor James Brown of the John Innes Centre, one of the authors of the study, the picture is more positive.

“In the long term we predict that ash in the UK will gradually evolve greater resistance to ash dieback as a result of natural selection. We expect that healthy trees may suffer some harm from emerald ash borer but not be severely damaged.”

The cautious optimism is tempered with the concern that many ash trees, already weakened by ash dieback, may be finished off by EAB. It is estimated around 5% of ash in Great Britain has good resistance to ash dieback fungus (Hymenoscyphus fraxineus).

Previous studies show that the normally resistant Manchurian ash can become more susceptible to EAB when stressed environmentally. The researchers are concerned that ash suffering from dieback may also be vulnerable to attack by EAB.

This study found no evidence for genetic variation in responses to EAB in European ash saplings which means breeding for EAB resistance may not be an option. Efforts to protect ash should focus on excluding the beetle, the study concludes.

Professor Brown explains: “If the beetle were to arrive in UK it would encounter an ash population weakened by exposure to ash dieback. The combined effect may prove highly destructive initially to woodland and urban plantings.”

“The implication of our study is that the emerald ash borer must be kept out of the UK for as long as possible particularly by restricting imports of ash wood, both timber and firewood, from areas affected by EAB or neighbouring areas.”

Experiments were carried out in controlled conditions at The Ohio State University, USA, with the work led by David Showalter and Pierluigi Bonello. The collaboration also included NIAB EMR, Kent, UK, and The Royal Botanic Gardens, Kew, Richmond, UK.

The study: ‘Resistance of European ash saplings to larval feeding by the emerald ash borer’ appears in the journal Plants People Planet