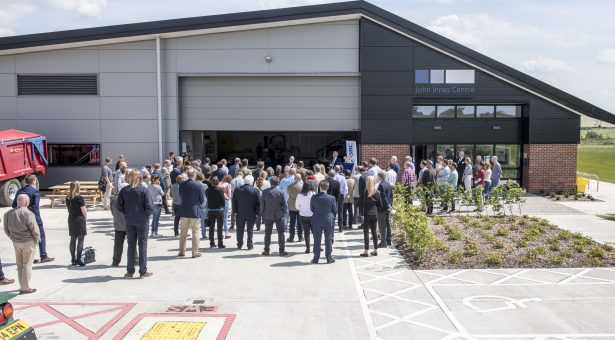 The Dorothea de Winton Field Station unveiled this week is a key component in a smart-farming revolution.

It will enable scientists at the John Innes Centre and colleagues across the Norwich Research Park to take genetic improvements seen in labs and glasshouses and trial them in a realistic commercial farm setting.

Major crops trialled in the 20 hectares of trial plots surrounding the building include wheat, pea, barley and oilseed rape.

The £4.3m facility in Bawburgh near Norwich was officially opened by National Farmers’ Union President Minette Batters this week.

“It is wonderful to see this centre out in the field. We need to make sure that farmers, scientists, technicians, agronomists are delivering from the lab and glasshouse into the field. The future is smart, evidence-based farming and this development enables that,” she said.

Professor Dale Sanders, Director of the John Innes Centre welcomed a gathering of science, agriculture and public policy communities at the opening.

“This is terribly exciting time to work in crop science. It is impossible to underestimate the recent revolution in the field of wheat biology,” said Professor Sanders

“It’s estimated that less than 10 per cent of the genetic diversity of wheat has been exploited in elite varieties grown in the UK and around the world. Advances in genomic analysis, and in other approaches in the last two years have opened up wheat improvements, making the opening of this field station incredibly timely.

“Here we will grow not only wheat, the UK’s major crop but also barley, oilseed rape and legumes and we aim to unlock the diversity of nature in these crop species, and work with agricultural partners to get that diversity our into the field.

Most of the funding for the building comes from the Biotechnology and Biological Sciences (BBSRC) with a £0.5 million contribution made by the John Innes Foundation.

Professor Melanie Welham Chief Executive of BBSRC said: “This investment signals the commitment of the John Innes Centre to take their discoveries, their fundamental understanding of crop genetics and translate that to make a difference to agriculture in the future, particularly new crop varieties that will be more nutritious, more resistant to diseases and the changing climate.

“Facilities such as this are designed for enabling commercialisation of some of those discoveries that are led by researchers working in partnership with partners in business and industry.”

Up to 15 Group Leaders at the John Innes Centre grow plants in 12,000 trial plots at the site. The facility will also be used by researchers at The Sainsbury Laboratory, Quadram Institute, Earlham Institute and the University of East Anglia, all research institutes on the Norwich Research Park.

Dr Simon Griffiths a Group Leader researching wheat at the John Innes Centre said: “This is our laboratory in the field; it is not just about a trial centre, it is taking the labs of the John Innes Centre and moving them right amongst the plots where you can take regular measurements in realistic agricultural situations just like UK farmers would work in. So, we can see how our discoveries are relevant in the field not in a glass house but in a realistic farming context.”

The field station is named after Dorothea de Winton a geneticist who worked for the John Innes Centre from 1920-41.

One of the guests at the opening was Anthony de Winton, whose father was Dorothea’s first cousin. Mr de Winton, a farmer in Aberdeenshire said: “It is a great honour for me to come here. Dorothea was educated and a passionate gardener but had no scientific knowledge at all when she joined the John Innes Institute. She joined as a humble gardener but devoted her life and career to science and botany.”

Peter Innes Chair of the John Innes Foundation said: “We are proud to be associated with this fantastic state of the art building where scientists across the Norwich Research Park can carry out research in a farm setting.” 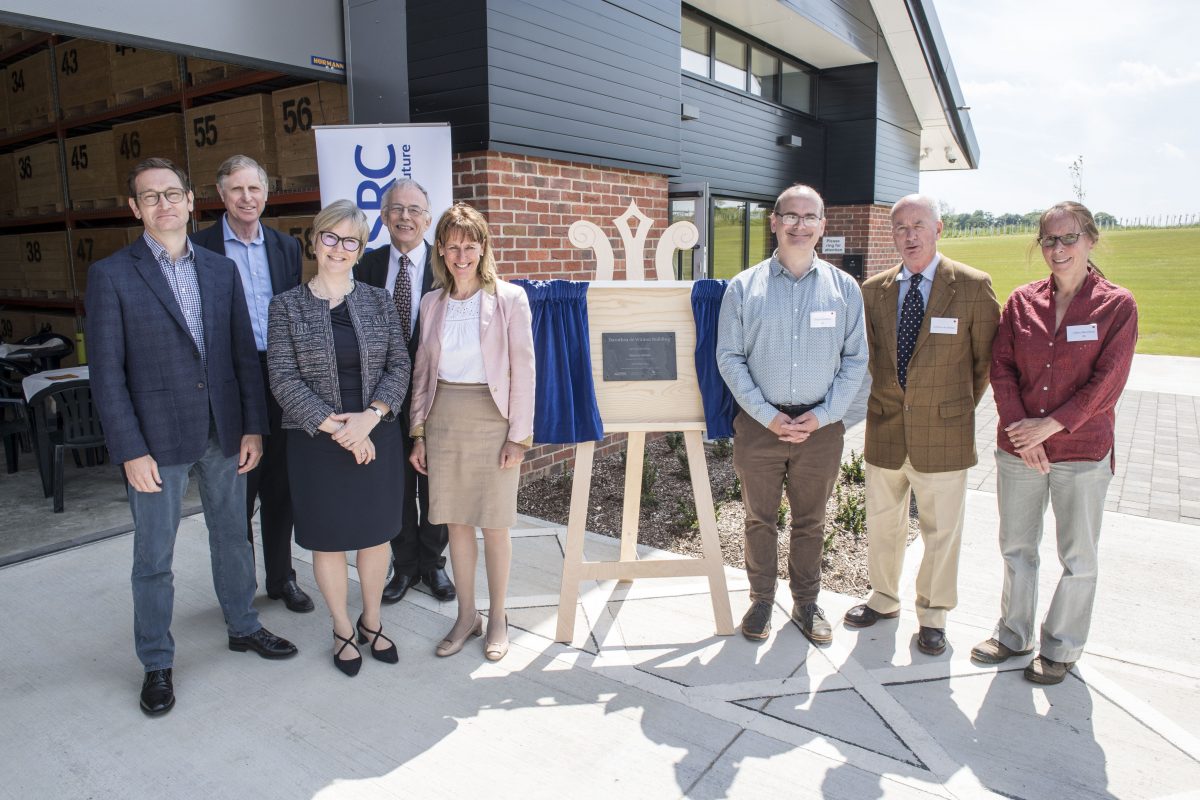