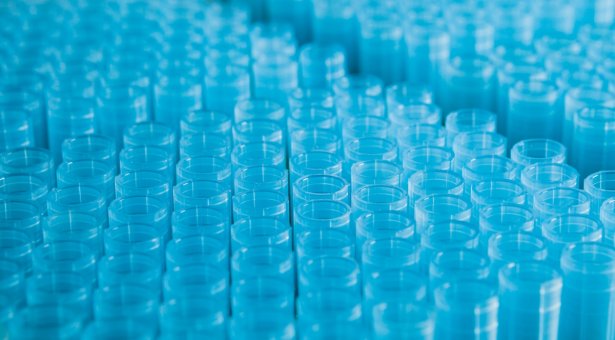 Scientists have identified a new class of drug target that tricks tuberculosis bacteria into suicidal self-poisoning.

New therapies are urgently required to control the tuberculosis pandemic. Even in the UK cases are on the rise.

“With the advent of antibiotics, TB became treatable and at one point eradication was believed possible,” says Dr Steph Bornemann from the John Innes Centre.

“But TB has re-emerged as a major global health threat due to poverty, a deadly synergy with HIV and the emergence of drug resistant strains that are virtually untreatable with current therapies.”

Mycobacterium tuberculosis is the cause of tuberculosis and the leading cause of death worldwide from bacterial pathogens. It claims about two million lives every year.

Scientists at the John Innes Centre in Norwich and the Albert Einstein College of Medicine of Yeshiva University (Einstein) in New York identified the role that an enzyme called GlgE plays in Mycobacterium tuberculosis.

The two research groups made the discovery independently using different approaches.  Together the scientists have identified a four-step metabolic pathway involving GlgE that represents a new target for anti-tuberculosis drugs.

The target works in a completely different way from current drugs. Blocking GlgE causes the toxic build-up of a modified sugar called maltose 1-phosphate within the bacterial cells. The bacteria respond by producing even more of the sugar in a misguided and lethal stress response.

GlgE does not exist in humans so it is safe to inactivate it with a drug. Another sugar called trehalose commonly found in the human diet could conceivably be used to make an anti-GlgE drug more potent. If dietary trehalose reached the bacteria it would increase the levels of maltose 1-phosphate even further.

“This pathway has never previously been targeted by antimicrobials and offers a treatment option very different from antibiotics in use,” says Dr William Jacobs, Jr. from Einstein, senior and corresponding author of the study.

The John Innes Centre is an Institute of the Biotechnology and Biological Sciences Research Council (BBSRC), which funded Dr Steph Bornemann’s work on this project.

A patent was filed in November 2009 on behalf of Einstein and The John Innes Centre.

John Innes Centre’s rights in the technology have been assigned to the John Innes Centre’s IP management and technology transfer company, PBL, Norwich.  PBL and Einstein are working together to secure the intellectual property and engage with partners to develop this innovation and find inhibitors of GlgE that could be developed into anti-TB drugs.