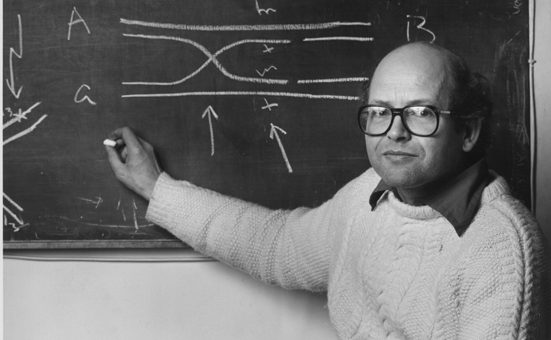 Colleagues at the John Innes Centre are saddened by the death of Professor Robin Holliday FRS, who died aged 81 at his home in Australia in April, 50 years after he published what is described as the seminal model for DNA recombination.

Robin Holliday was a postdoctoral researcher at the John Innes Horticultural Institution (JII) between 1958-1965.

He carried out work on recombination in the fungus Ustilago maydis at the JII, developing ideas that would lead to a model of DNA recombination termed the Holliday Junction.

This influential model was experimentally validated and continues to guide thinking in the field. He also identified some of the first mutants defective in DNA repair and recombination.

His discoveries are fundamentally important to the work of the present-day John Innes Centre, as crop improvement by breeding and the identification of genes is based on analysis of recombination events.

Robin Holliday is one of several illustrious geneticists who have worked at the John Innes and its successor organisations. These include;