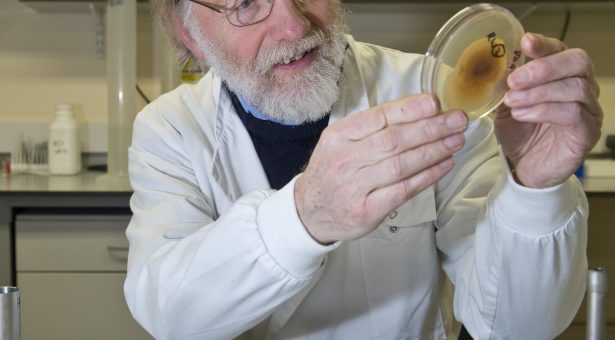 Professor Allan Downie, Emeritus Fellow at the John Innes Centre, has been awarded the first Adam Kondorosi prize for advanced scholars, in recognition of his research work over the last 35 years on symbiotic nitrogen fixation in legumes.

The Adam Kondorosi Academia Europaea Award for Advanced Research (named after the late Adam Kondorosi) recognises landmark research in symbiosis and related fields that have changed our understanding and made a significant scientific impact.

Professor Downie has had a long and distinguished career at the John Innes Centre. Most recently, his outstanding research has focussed on rhizobial infection of legume roots and investigating ash dieback in the European ash tree.

Professor Downie who was delighted and surprised to have been awarded the prize said, “To receive this award is a great honour.” Professor Downie also paid tribute to Adam Kondorosi saying that “Adam was a friend, a collaborator and a scientist to his very core.”