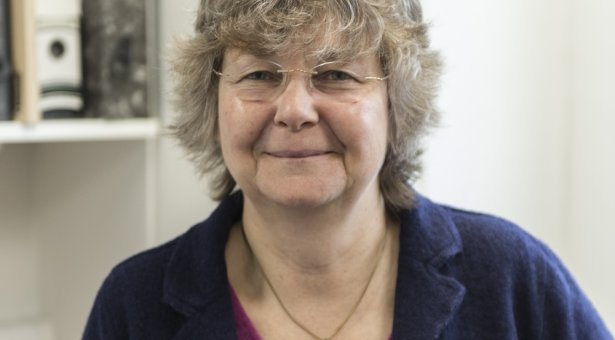 John Innes Centre Programme Leader, Professor Alison Smith, has been elected as a Fellow of the Royal Society.

The Fellowship of the Royal Society is made up of the most eminent scientists, engineers and technologists from or living and working in the UK and the Commonwealth. Past Fellows and Foreign Members have included Isaac Newton, Charles Darwin, Albert Einstein and Stephen Hawking.

Professor Smith’s career has provided important new insights into the way in which plants make starch – the main component of many crops, the major source of calories in our diet, and an important raw material for industry.

Professor Smith said: “This Fellowship is a great honour, and one I never expected to be awarded. I am very grateful to the many colleagues who have supported and encouraged me throughout my career.”

Director Professor Dale Sanders FRS said: “Alison has spent almost the whole of her professional career at the John Innes Centre. During that time she has shown brilliantly how fundamental investigations into biochemistry can be expanded with broad thinking into understanding the biology of plants, and beyond that, the pressing issues of global food security that include quality as well as yield.”

Professor Smith’s current research focuses on how plants use starch stores for their growth at night, when they are not able to photosynthesise.

She and colleagues have shown that plants have sophisticated mechanisms that adjust the rate of consumption of starch to prevent starvation during the night, making use of an internal “clock” that anticipates the time of dawn.

She also leads the MET Institute Strategic Programme at the John Innes Centre, which investigates how plants and microbes generate a wide diversity of natural products that we depend on for nutrition, medicines, flavours, fragrances, pesticides and industrial raw materials.

What sparked your interest in science?

I know this is a typical answer, but from an early age I was fascinated by the natural world and by everything I could find in my garden, and in ponds, woods and hedgerows, and I wanted to know more about them.

What brought you to the John Innes Centre?

I came here because my boss at the time was made director here. I was working elsewhere, but I had actually been to the John Innes Centre as an undergraduate on a trip out and I thought it was brilliant. When my boss told me he’d been made director of the John Innes Centre, I remember thinking, “This is a great opportunity – of course I’ll go”. It turned out to be a fantastic break in my career, and a fantastic opportunity.

What did the move to the John Innes Centre do to your career?

It just opened my eyes to all of the possibilities in plant science – there’s so much going on here, and so many people with quite different skills to the ones I had at the time. I learned so much so fast and it’s stood me in good stead ever since.

Could you sum up the aims of your current research?

Well, plants feed themselves through photosynthesis, but that gives plants a big challenge because they can only photosynthesise during the day, when it’s light. We want to understand what a plant is doing at night. They continue to live and grow in the dark, but how do they do that?

Part of the answer is that they store some of the material that they make by photosynthesis during the day, and then they use it in the dark. They can’t gain any carbon but they can continue to use the stored material to make new structures, so they actually keep growing during the night. But it turns out to be extremely clever and complex.

Plants can anticipate dawn, so can programme the rate of consumption of their stores according to the length of the night, meaning that the stores last for the whole of the night and only run out come dawn.

What’s the next big target in your research?

Over the last 15 years or so a lot of the work we have done has been in just one species of plant (Arabidopsis), and under precisely controlled conditions in specialised chambers.

By simplifying what we are looking at we can really thoroughly understand it. Now that we understand what’s going on in this species, or we think we do, we can build on the information base that we have for Arabidopsis under controlled conditions, and explore how crops in the field work during the night, and how that affects their overall productivity and yield.

It’s a huge leap from the very controlled conditions we have been using to the continuously varying environment outdoors, but of course plants evolved in that varying environment so if we are to understand and hopefully improve on crop performance we need to work in the field.

What do you think being elected as a Fellow of the Royal Society recognises?

It recognises not my achievements so much as all the people who I have worked with over the years. I can only do what I do thanks to the help, advice and inspiration from of lots of people, rather than “I did it all myself”. Absolutely I did not. I have one quite narrow personal skill set, but I have been empowered to think very broadly, by working with a wide range of excellent people in a very nurturing environment.

There are only around 160 female Fellows of the Royal Society. Is this likely to change in the future?

We have to hope that we’re on the cusp of a big change.

When I started my career only 10% of my university class were women – that’s changed out of all recognition.

It’s great to see this change, and it’s great to see that here at the John Innes Centre a lot of the younger project leaders are women. I think we’ve reached the point that perhaps the glass ceiling is being removed, and we need to make sure that women feel equally empowered to go on and become project leaders, and feel that the environment in which they’re working is nurturing regardless of who you are and where you come from.