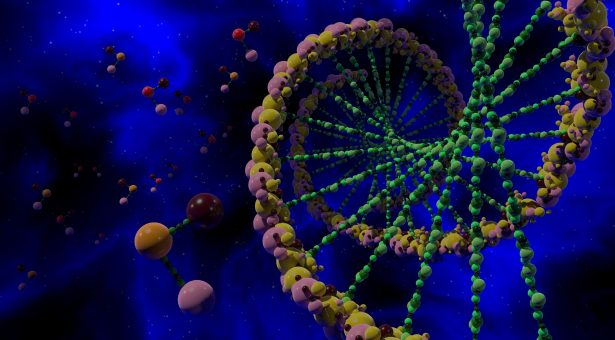 Their findings may provide a way to discover new natural plant products of use as drugs, herbicides or crop protectants.

Using a gene cluster that makes an antifungal compound in oats as a template, they uncovered a previously unknown gene cluster making a related compound in a very different species, and now want to extend the search to other plants.

Professor Anne Osbourn and colleagues previously found that the genes needed to make an antifungal compound in oats, called avenacin, were next to each other in the genome.

One of a group of chemicals known as triterpenes, avenacin is produced exclusively by oats and protects the roots against a wide spectrum of fungal diseases.

Gene clusters are common in bacteria and fungi but extremely rare in plants.  Maize has a gene cluster for a defence-related compound, and another possible cluster has been reported in rice.

Could other plant gene clusters exist, and how do they arise?

To investigate this, the researchers used the ‘signature’ of the avenacin genes to scan the genome of the model plant Arabidopsis.

Publishing in the journal Science, they identified a gene cluster for a new pathway that makes and modifies a triterpene called thalianol, which has not been found in plants before.

The thalianol gene cluster consists of four genes next to each other in the Arabidopsis genome.

Having successfully discovered one gene cluster, the researchers now plan to look for other gene clusters that may produce novel natural products of value for crop protection or as medicines, and investigate how and why these clusters evolve.

Although the oat, maize, rice and this new Arabidopsis gene clusters make related products, they have been assembled independently of each other as a result of relatively recent evolutionary events.  This suggests that plant species are able to show remarkable plasticity in their genomes to assemble these gene clusters.

Understanding the evolutionary driving forces behind their assembly will give insights into why some plant product pathways are maintained in these clusters whilst others are not, and this may have implications for our understanding of plant metabolism.

The thalianol gene cluster is one of the most conserved areas of the genome, suggesting that this beneficial combination of genes has recently and rapidly spread throughout the population.  Breaking up a gene cluster can have severe consequences.

When the avenacin pathway is blocked then unfinished intermediates accumulate that can have a toxic effect on the roots, making them deformed and ineffective.

Dr Ben Field, who contributed to the research, said “This suggests that gene clusters, as well as keeping beneficial combinations of genes together, may prevent toxic side-effects by strictly controlling where and when the pathway is switched on.”