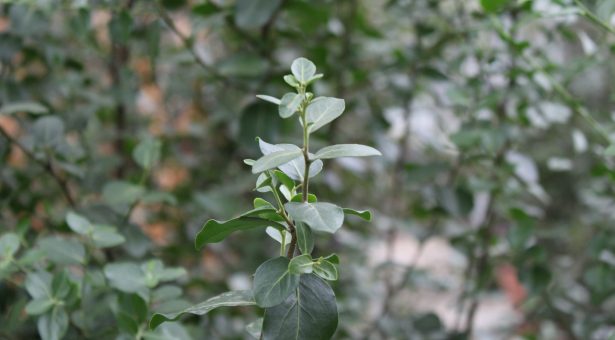 In the first study of its kind, researchers have used tools of paleontology to gain new insights into the diversity of natural plant chemicals.

They have shown that during the evolution of these compounds nature doesn’t settle for the ‘low-hanging fruit’ but favours rarer, harder to synthesise forms, giving pointers that will help in the search for potent new drugs.

Research on the fossil record has allowed the study of the evolution of the characteristic swirl shapes of Nautilus shells and shown that recurrent designs have formed to cope with changing sea levels.

Why these forms occur, and not others, is an important evolutionary question, and to answer this, an analytical technique known as theoretical morphology has been developed.

Theoretical morphology involves the mathematical simulation of forms such as the possible shape and dimensions of the nautilus shell. This allows a comparison of theoretical and actual distributions to study the evolutionary significance of biological forms, past and present.

Inspired by this, a group of scientists led by Dr Paul ÓMáille at the John Innes Centre and the Institute of Food Research, which are strategically funded by BBSRC, and Joseph P. Noel at the Salk Institute / Howard Hughes Medical Institute where the work began, applied the same theoretical morphology techniques to the study of terpenes, a group of natural products produced by plants.

Plants like pepper, tomato, and potato belong to the Solonanceae family, and they synthesise a signature set of terpenes for chemical defence against pathogens.

Terpenes are essential for the ecological viability of the plant but also provide important compounds for human use including pharmaceuticals.

Examples of well-known bioactive terpenes include taxol, which is used to treat certain cancers, and the anti-malarial drug artemisinin.

Terpenes are useful as fragrances and flavourings, and their diverse uses have made them the subject of much research looking for novel compounds.

“The big question is how plants have evolved to make these chemicals,” said Dr ÓMáille. “Is there a physical explanation, based on the chemical reaction, for why certain terpenes are favoured? Are plants simply making the easy to synthesise low hanging fruit of the terpene chemical world?”

To investigate these questions, Dr ÓMáille, Professor B. Andes  Hess of Vanderbilt University and  colleagues applied theoretical morphology to quantum mechanics calculations to compare theoretical and actual abundances of terpenes from solanaceaous plants.

“We discovered a perplexing disparity between the predicted and natural abundance of terpenes. The common terpenes we see in nature are predicted to be quite rare, based on the chemistry. On the other hand, the terpene forms predicted to dominate are scarcely seen in nature.” said Dr ÓMáille.

“Nature in fact reaches for the higher-hanging fruit, skewing chemical reactions to favour rarer chemicals. This suggests an adaptive significance to the distribution of chemicals produced by plants.”

The distribution and diversity of plant terpenes in nature has yet to be exhaustively characterised, however this study provides new insights into the physical processes that underlie terpene biosynthesis in plants. This may reveal routes to rare or undiscovered natural products with potent bioactivities that could be used to help meet the ever-growing demand for new effective drugs.