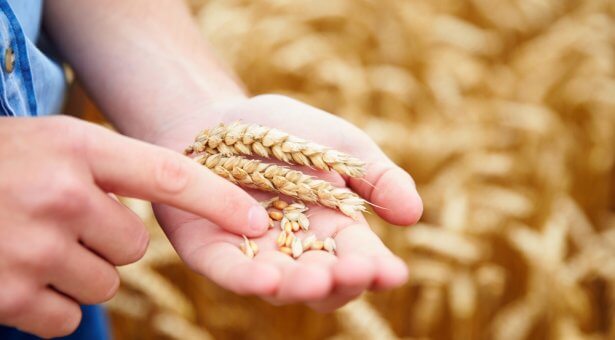 John Innes Centre scientists have led a project to unlock the genetic code of wheat, one of the world’s three most important crops.

This first analysis of the exceptionally complex and large wheat genome, published today in Nature, is a major breakthrough that will help to breed wheat varieties with higher yields and better able to cope with disease, drought and other stresses that reduce yield.

The team sifted through vast amounts of DNA sequence data, effectively translating the sequence into assemblies that scientists and plant breeders can use to increase the efficiency of breeding. All of their data and analyses have been made freely available to users world-wide as soon as they were generated.

Professor Mike Bevan of the John Innes Centre said: “Scientists at the John Innes Centre and world-wide are using this information to understand how wheat grows and tolerates stresses caused by drought and diseases. The information is also being used by breeders to speed up the identification of useful breeding material that can be used to create improved varieties.”

“The novel approaches developed in this project will now speed up analysis of other wheat varieties, including wild relatives, which can bring previously untapped traits such as disease resistance and drought tolerance into elite commercial varieties.”

Minister for Universities and Science David Willetts said: “This groundbreaking research is testament to the excellence of Britain’s science base and demonstrates the capability we want to build on through the agri-tech strategy currently being developed.

“The findings will help us feed a growing global population by speeding up the development of new varieties of wheat able to cope with the challenges faced by farmers worldwide.”

Wheat has a global output of over 680million tonnes; bread wheat (Triticum aestivum) provides over a fifth of the calories that we eat. As the global population and the demand for wheat rises, major efforts are underway to improve productivity by producing varieties that can withstand adverse weather and disease, and that provide greater yields. However, until now the very large size and complexity of the genome have been significant barriers to crop improvement.

Professor Neil Hall said: “The raw data of the wheat genome is like having tens of billions of scrabble letters; you know which letters are present, and their quantities, but they need to be assembled on the board in the right sequence before you can spell out their order into genes.”

“We’ve identified about 96,000 genes and placed them in an approximate order. This has made a strong foundation for both further refinement of the genome and for identifying useful genetic variation in genes that scientists and breeders can use for crop improvement.”

Klaus Mayer said: “Bread wheat is a complex hybrid, composed of the complete genomes of three closely related grasses. This makes it very complex and large; in total it is almost five times bigger than the human genome.”

“Because of this, we took a novel approach to analysing the data, and we have been successful in turning it into accessible and useful resources that will accelerate breeding and the discovery of varieties with improved performance – for example better disease resistance and stress tolerance.”

Breeders and researchers are now able to select plants with desirable combinations of genes using the genetic landmarks in the wheat genome. These landmarks can be incorporated directly into breeding programmes to make more reliable and deliberate choices of wheat varieties that exhibit specific traits.

Professor Mike Bevan said: “This research enables breeders and researchers to generate huge numbers of genetic markers to identify regions of the wheat genome carrying useful traits. This is one of the key practical uses of the genome resources we created.

“With markers, breeders can track the genetic makeup of plants when new varieties are being bred. Plants lacking the desired traits can be eliminated more efficiently, and those with desired characteristic identified more quickly, speeding up the production of new varieties from a far wider range of wheat varieties, including wild relatives that have many useful traits such as disease and stress tolerance.”

The researchers made this rapid progress by developing a new strategy that compared wheat’s genetic sequences to known grass genes (for example from rice and barley), and also comparing these to the simpler genomes of wheat’s ancestors. This revealed a highly dynamic genome that has undergone genetic loss as a consequence of domestication.

Professor Keith Edwards commented: “Since 1980, the rate of increase in wheat yields has declined. Analysis of the wheat genome sequence data provides a new and very powerful foundation for breeding future generations of wheat more quickly and more precisely, to help address this problem.”

The analysis is already being used in research funded by the Biotechnology and Biological Sciences Research Council (BBSRC) to introduce a wider range of genetic variation into commercial cultivars and make use of wild wheat’s untapped genetic reservoirs that could help improve tolerance to diseases and the effects of climate change. The wheat breeding community and seed suppliers have welcomed the research.

The sequence data has been deposited at the European Nucleotide Archive and is also available from databases in the UK and Germany.

Researchers from the European Bioinformatics Institute, Kansas State University, and the United Sates Department of Agriculture were also vital to the project’s success. The research was possible thanks to major funding was form the Biotechnology and Biological Sciences Research Council (BBSRC), the EU and the National Science Foundation (NSF).

Professor Douglas Kell, BBSRC Chief Executive, said: “In the face of this year’s wheat crop losses, and worries over the impact on prices for consumers, this breakthrough in our understanding of the bread wheat genome could not have come at a better time. This modern strategy is a key component to supporting food security and gives breeders the tools to produce more robust varieties with higher yields. It will help to identify the best genetic sequences for use in breeding programmes.”

“The complexity of the wheat genome means that there is still more to learn and international efforts to complete a full sequence are vital to further maximise the potential of new wheat varieties.”

Following this announcement, BBSRC has urged for a redoubling of efforts by the International Wheat Initiative and the associated International Wheat Genome Sequencing Expert Group to promote completion of the full sequence to progress further advances in wheat varieties at the earliest opportunity.