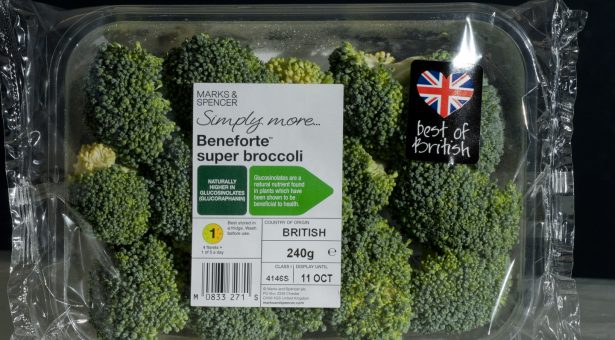 Scientific innovation in plant breeding was given a boost this week when a ruling by the European Patent Office confirmed the patent on John Innes Centre’s Beneforte Broccoli is valid and enforceable.

Professor Richard Mithen, currently Acting Director at the Institute of Food research (IFR), created the conventionally bred new broccoli variety while working at the John Innes Centre in during the 1990’s. It is rich in glucoraphanin, a substance which research suggests could help to maintain cardiovascular health and to reduce the risk of cancer. Under the name, Beneforté Broccoli, it is now available in supermarkets in UK, Europe and USA.

The John Innes Centre’s patent on the glucoraphanin-rich broccoli has been the subject of a legal case in the European Patent Office for several years. The case focused on whether plants, such as this new type of broccoli, could be patented under European patent law, which excludes patents on methods that are “essentially biological processes”.

This week’s decision by the EBA, that plants that are or can be made by “essentially biological processes” should not be excluded from patentability, means that the patent claims on John Innes Centre’s glucoraphanin-rich broccoli are valid.

The John Innes Centre’s ‘Broccoli-case’ has been seen as a test case in intellectual property law in the field of plant science and the decision represents an important step towards encouraging much needed innovation in agriculture and horticulture in the European Union.

Director, Professor Dale Sanders said: “This is great news as it gives much needed clarity on the scope of patent protection in the European Union for plants and plant products.

“By validating a patent of this kind the EBA’s decision sends a clear message to the scientific community that their hard work and investment in developing new and scientifically improved plant varieties can be protected. This decision will help scientists attract the investment needed to make their innovations available to consumers. Without these patents in place there would be no incentive for the agricultural and food industries to invest in the costly but necessary product development, market research and consumer tests of the products before taking them to market. “

Certain aspects of plant breeding are rightly excluded from patentability and adequate protection can be gained under Plant Breeder’s Rights systems. For example, making new varieties by routine crossing and selection among relatively similar plants is appropriately covered by plant breeders’ rights.

These more complex innovations in plant science, which overcome substantial technical challenges rightly deserve patent protection but have been left in uncertain territory until this week’s decision.