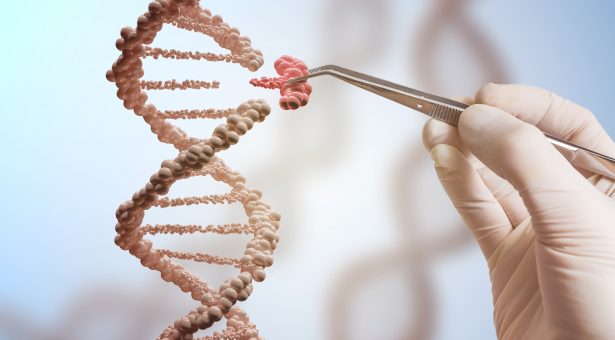 We welcome draft legislation introduced in the House of Commons today which will enable development and marketing of precision bred crops in England.

The Genetic Technology (Precision Breeding) Bill plans to create a simpler regulatory and approval process for ‘precision bred’ crops, which have targeted genetic changes which could have arisen through traditional breeding or natural processes.

Crops developed using modern technologies such as gene editing with CRISPR-Cas9 would fall within this definition.

Gene, or genome editing allow us to make a specific edit to DNA in a targeted way, without adding genetic sequences or genes from other organisms.

With gene editing specific genes can be removed, switched off, or ‘edited’ with small, targeted changes at a known location in the genome. This allows us to reach the same end point as traditional breeding more efficiently, potentially shortening the time it takes to bring new innovations to market.

Earlier this year the Government brought in new legislation to enable scientists and plant breeders across England to undertake plant-based research and development using genetic technologies such as gene editing more easily.

The draft legislation which is introduced to Parliament today takes another step towards allowing plants developed using precision breeding to be commercialised, by addressing how the products of this type of research could be brought to market for consumers.

“I’m pleased that the Government is introducing new routes to bring gene edited crops to market. This is a genuine opportunity to accelerate access to some innovations that are essential for both human health and for the environment.

The full benefits of genetic technologies can only be realised when crops developed are able to reach customers on supermarket shelves. This Bill brings the opportunity to see our scientific breakthroughs lead to genuine improvements to the foods that we eat.”

For example, earlier this week, John Innes Centre researchers published a study testing a bio-fortified tomato that has been gene edited to have a high accumulation of pro-vitamin D in the fruit and leaves. Using gene-editing to produce vitamin D in tomatoes in this way could help millions of people globally who are deficient and can help reduce waste as the leaves could also be used to produce supplements.

Professor Sanders went on to say:

“Gene editing potentially offers solutions to many of the current issues facing agriculture. At the John Innes Centre we use the technology to understand and develop crops which are more nutritious and resilient to climate change and diseases, while at the same time ensuring biodiversity.  A growing world population requires an ever-increasing volume of food to sustain it and we need a solution to the food crisis that will come from having 2.1 billion more mouths to feed by 2050.  Developing disease-resistant crops, with high-quality nutritional profile will be a key part of sustainably feeding the growing population and technologies such as gene editing can help us achieve this more quickly.”

” These precision technologies allow us to speed up the breeding of plants that have natural resistance to diseases and better use of soil nutrients so we can have higher yields with fewer pesticides and fertilisers. The UK has some incredible academic centres of excellence and they are poised to lead the way.”