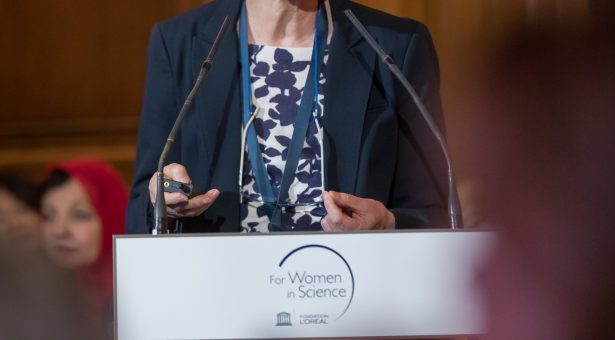 A Norfolk plant scientist has been made a Dame Commander of the Order of the British Empire for her work in understanding genetic regulation and for her commitment to advancing careers for women working in science.

Professor Caroline Dean OBE, of the John Innes Centre, has received the accolade in the Queen’s birthday honours.

Professor Dean is internationally recognised for her work on plant developmental biology.

Throughout her research career she has asked a simple, but penetrating question: How does a plant know when to flower? Understanding the answer to this question has had an impact on a vast range of agricultural issues that range from wheat productivity to scheduling of horticultural crops.

Professor Dean has used genetic, molecular biological, epigenetic, ecological and mathematical approaches to address fundamental questions in the life sciences. In several of these areas, the discoveries she has made have proven to be paradigms for understanding many areas of biology well beyond Professor Dean’s specific area of research.

She has engaged extensively with local schools, principally to engage young women to develop careers in science.

In addition to her work as a school governor for over five years (four of them as Vice Chair), Professor Dean has been actively involved in supporting university applications and encouraging more girls to consider careers in science, technology, engineering and maths (STEM). This has included conducting practice interviews, giving talks and presentations to groups of students and coaching individual students showing particular potential for Science.

Professor Dean is a Fellow/Member of three national science academies: UK, USA, Germany.  In 2014 she was awarded the BBSRC’s Excellence in Bioscience award and in 2015 she was recipient of the prestigious FEBS | EMBO Women in Science Award which recognises just one female scientist across the whole of Europe for their contributions to research in molecular biology and biochemistry, and for their wider contribution as a female role model in science.

On being made a Dame of the British Empire, Professor Caroline Dean said: “It is amazing what curiosity can achieve. I am honoured to have been made a Dame and I hope this recognition helps to inspire girls and female scientists at whatever stage in their education or careers to follow their curiosity and do what inspires them the most.”

Professor Dale Sanders, Director of the John Innes Centre said: “Professor Dean is regarded not only as one of the leading scientists globally in the field of plant sciences, but as a leading light across the whole of the biological sciences.  The impact and reach of her discoveries has therefore been enormous. Her damehood is truly deserved.”