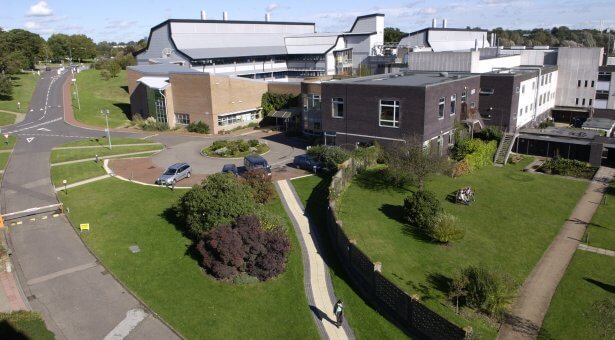 The John Innes Centre and The Sainsbury Laboratory have topped a survey ranking the most influential papers of the last ten years in plant and animal sciences.

A total of 88,700 institutions were surveyed worldwide. JIC and TSL on the Norwich Research Park were ranked significantly higher than any other organisation.  The Norwich institutes do not produce the highest number of papers, but their papers have the greatest impact.

The only other UK organisation to appear in the top 20 was the University of Cambridge with 13.28 citations per paper.  “This is a ringing endorsement of the world-class science carried out at BBSRC Institutes,” said Professor Douglas Kell, Chief Executive of the Biotechnology and Biological Sciences Research Council, which provides core funding to the John Innes Centre.

“The John Innes Centre, alongside our other Institutes, plays an invaluable role in nurturing long-term, strategically important research which will help us tackle some of the biggest challenges faced by our society.”  “This is a great accolade for the John Innes Centre and Sainsbury Laboratory, and it’s great news for the Norwich Research Park and UK science in general,” said Professor Michael Bevan, director of the John Innes Centre.

“It’s a mark of the research done by our scientists that we have managed to get so many highly-regarded papers published in top journals.  It’s a real testament to the quality of science here and the fantastic support and resources we have in Norwich.”  “In the past 22 years the Sainsbury Lab has made outstanding contributions to understanding plant immunity and how pathogens overcome it, as well as to the discovery of mechanisms of gene silencing,” said Professor Sophien Kamoun, head of the Sainsbury Laboratory.

“Our scientific impact has benefited from our co-location and collaboration with colleagues at the John Innes Centre, as well as the generous support of the Gatsby Foundation. These interactions have been further strengthened in the last few years with joint faculty appointments, and we look forward to building on our successes and continuing to produce outstanding science as well as solutions to crop disease problems.”