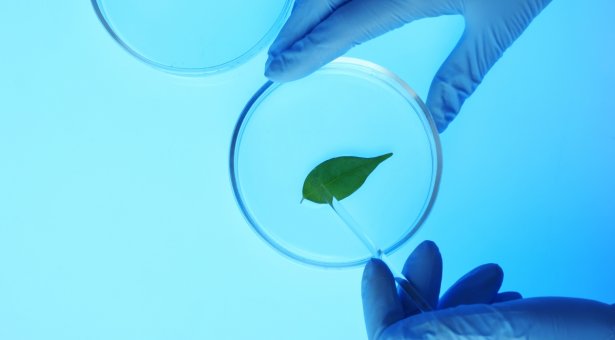 A new project is being launched that will develop a rapid plant-based system to produce and assess the capacity of different proteins to act as vaccines against important diseases of livestock such as avian influenza and blue tongue.

The project is a collaboration between the EU and Russia with participation from South Africa and funded under the EU Framework 7 programme.  It will be co-ordinated from the John Innes Centre, Norwich, U.K.  Overall project coordinator Professor George Lomonossoff said “The consortium brings together the leading laboratories from the EU, Russia and South Africa working to produce useful proteins from plants, and this international cooperation is central to the success of the project in battling diseases that affect us all.”  The coordinator of the Russian laboratories, Professor Konstantin Skryabin, said; “The development of new techniques for expression of vaccine proteins in plants is a very important topic for Russia. Russian scientists have already obtained promising results and international collaboration in this field will contribute to the success of plant-based systems”.  Transient expression techniques will be used to temporarily stimulate plants into over-producing proteins, which can subsequently be assessed for their value as vaccines. Plants have been used to produce pharmaceuticals in this way before but technical constraints mean their value has not been fully realised.

A few candidates with proven vaccine ability have been produced and, although these proteins are effective at preventing disease, they have limited commercial use as they are in competition with existing conventional products. They have, however, shown that plant-based vaccines production and assessment is possible, and safe.  The PLAPROVA consortium will exploit transient expression systems recently developed by the partners that can produce amounts of protein suitable for testing within weeks, rather than in months. This means that large-scale screening for candidate vaccines is now within reach, allowing products for which there is no conventional counterpart to be produced.

Initially, the consortium will concentrate on diseases of importance to farming in both the EU and Russia, which includes avian influenza, blue tongue, foot and mouth disease and porcine reproductive and respiratory syndrome.

Proteins identified through this screening programme will be developed for large-scale production and ultimately low-cost production of effective vaccines.  Professor George Lomonossoff’s leads a research group in the Department of Biological Chemistry at the John Innes Centre, an Institute of the Biotechnology and Biological Sciences Research Council, and has an extensive programme of research in the production of novel proteins in plants. This includes the development of gene vectors based on RNA-containing viruses and their use as sources of novel vaccines.

Recent work has focussed on the use of defective versions of Cowpea mosaic virus (CPMV) and their use for the rapid transient expression of recombinant proteins.