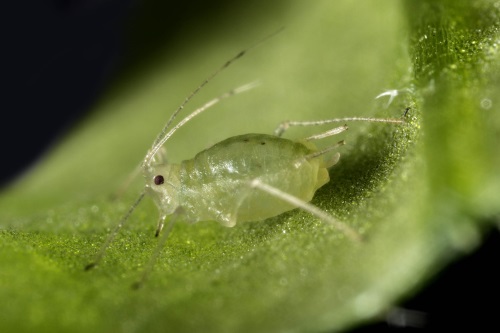 Forget popular video game Plants Vs. Zombies, some plants are zombies and scientists have uncovered how bacterial parasites turn them into the living dead.

“For the first time, we can reveal how this remarkable manipulation takes place,” says Professor Saskia Hogenhout.

“In that sense, the plant world is ahead of animal biology – where manipulations also take place but no mechanisms have been uncovered to show how.”

For example, the parasitic lancet liver fluke infects the brain of ants, compelling them to climb to the tip of a blade of grass and into the mouth of a grazing animal. This is not far from the brain-eating zombies of the video game. Another parasite is thought to change the behaviour of rats to make them more susceptible to predation.

“We know these parasites are puppet masters but the strings they are pulling have yet to be identified,” says Professor Hogenhout.

The plant parasite in her study is dependent on both insects to spread and plants on which to grow. It induces the plant to transform its flowers into leaf tissue, sacrificing its reproductive success and becoming sterile. It is now a zombie plant – dead to the future and destined to benefit only the survival of the bacteria.

Scientists in the labs of Professor Hogenhout at the John Innes Centre, and Professors Angenent and Immink at Wageningen University in the Netherlands, have discovered that the parasitic bacterium produces a protein called SAP54 that is essential to this process. The protein is dependent for its activity on a family of plant proteins called RAD23.

These parasitic bacteria affect a broad range of plants, turning flowers green, transforming them into leaf tissue or producing a profusion of stems as in Witches Broom.

They are currently controlled by insecticides, such as neonicotinoids and pyrethroids, as they infect important crops such as maize, wheat, carrots, tomatoes, potato, oilseed rape, and grapes. The research underway could lead to ways of controlling them without using pesticides – by instead disrupting the protein now that it is known how it works.

When leafhoppers eat infected plant material, the bacteria colonise the insects, including their salivary glands. If the insect dribbles saliva as it sucks on another plant, the bacteria are able to spread into new plant tissue. The bacteria set to work on making the plant more attractive to leafhoppers.

Via the SAP54 and RAD23 proteins, the plant is coerced into transforming its flowers into leaf-like material and becomes more attractive to leafhoppers for colonisation. The leafhoppers pick up the bacteria from infected plants while feeding and then can spread the bacterial pathogen to yet more plants.

“This parasite is incapable of surviving without its insect and plant hosts and we showed that a parasite protein connects distinct processes in its host plant to manipulate both the plant and the insect vector,” says Professor Hogenhout.

“It is fascinating to consider that this bacterium is able to manipulate the way plants grow and the way insects behave to suit its own needs,” says Dr Allyson MacLean, first author on the study to be published in PLOS Biology.

The study sets the stage for understanding how other plant parasites, such as fungi, reprogram plant development.

In another recent study, Hogenhout collaborated with scientists at The Sainsbury Laboratory to gain the first insights into how a fungal parasite is able to create pseudoflowers mimicking buttercups. Creating these flowers in a relative of broccoli from the mustard family helps attract insects that spread the spores of the fungus.