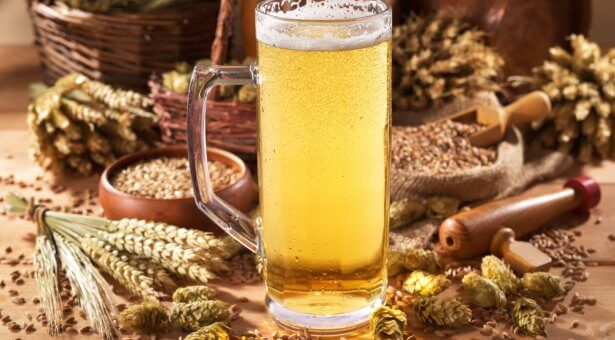 To mark its centenary this year, the John Innes Centre in Norwich has produced a beer to celebrate its ongoing contributions to science and agriculture.

‘John Innes 100’ is a strong English-style India Pale Ale brewed by the award winning Thornbridge brewery using a traditional method, to reflect the historical nature of the beer. It uses Maris Otter barley; a variety with close links to the John Innes Centre’s historical work.

Maris Otter barley was developed in the 1960s at the Plant Breeding Institute (PBI). PBI integrated into what is now the John Innes Centre in 1987, but in its 75 year history PBI developed over 130 crop varieties, and enabled the UK to become more self-sufficient in wheat and barley.

Maris Otter became the preferred barley variety because of its superior winter hardiness and went on to become one of the most enduring varieties in the history of modern cereal cultivation.

It was not until 1985 that the PBI variety Halcyon, with its higher yields and better disease resistance, largely supplanted Maris Otter.  Maris Otter, however, still remains the barley of choice for many traditional craft brewers, and for this reason was selected to make John Innes 100.

John Innes 100 is described as a light copper English IPA with aromas of fruit and berries, a gentle maltiness in the mouth and a wonderful citrus and lemon-pith bitterness.  It will be available at the Norwich Beer Festival, as well as from various Norfolk pubs including The Fat Cat in Norwich and The King’s Head in Brooke.

“We were very flattered to be asked by the John Innes Centre to brew their centenary beer”, says Kelly Ryan, Thornbridge’s Brewery Manager.

“We thought an IPA using traditional malts and hops would reflect well the research work that the centre has been instrumental in leading on”.

By providing fundamental knowledge and resources for plant breeders, the John Innes is continuing the tradition of helping to ensure sustainable production and it is hoped that the John Innes 100 beer will epitomise how this has borne fruit over the last hundred years.