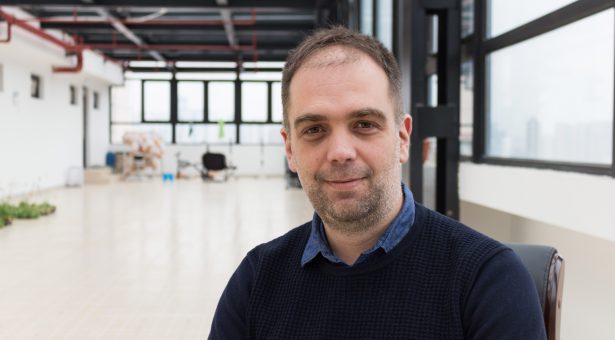 The group of Dr Evangelos Tatsis, which works to determine how plants make structurally diverse chemical compounds, has been awarded a Royal Society-Newton Advanced Fellowship.

The two-year fellowships allow leading researchers to develop their career through training and collaboration and to establish long-term and sustainable links with UK research institutions.

It supports the collaboration of Dr Tatsis, CEPAMS group leader from Chinese Academy of Sciences (CAS) and Professor Cathie Martin, FRS from the John Innes Centre, which aims to identify the compounds with anticancer activity from barbed skullcap and how plants synthesise them.

Compounds from Chinese medicinal plants, like the antimalarial drug artemisinin, have been used as therapeutic agents since antiquity and have played a crucial role in improving the quality of life. The plants of Scutellaria genus, commonly known as skullcaps, are widely used in Traditional Chinese Medicine (TCM).

The extracts from roots of the species called Chinese skullcap, Scutellaria baicalensis, are used in TCM as an anticancer medicine. The extracts from aerial parts of barbed skullcap, Scutellaria barbata, are used in China for the treatment of metastatic cancers. However chemical analysis has shown that there are totally different chemical compounds between the two extracts used in TCM.

“Although, we know what the medicinally important compounds from Chinese skullcap are and how they are made by the plant, based on significant contribution of Professor Martin, it remains unknown which exactly are the compounds with medicinal value from barbed skullcap,” said Dr Tatsis.

“This work will open opportunities for the development of new anticancer drugs,” he added.

The Fellowship further strengthens the relationship between CAS and the John Innes Centre and will contribute to the nurturing UK-China research collaboration as part of the strongest UK-China partnership in the life-sciences, CEPAMS.