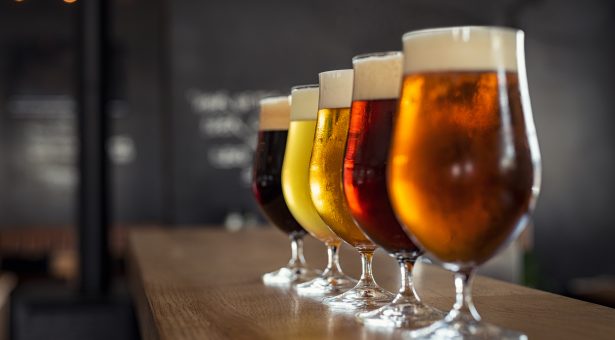 We are all aware that climate change is happening, but how will it affect us in East Anglia?

Norfolk currently has the ideal climate and soil conditions for growing malting barley, the major ingredient of beer and whisky, but climate change could be bad news for barley growers and good news for wine producers.

Plant scientists at the John Innes Centre have joined forces with climate change researchers, soil scientists and geologists from the School of Environmental Sciences, University of East Anglia (UEA) to showcase the benefits of the region’s soils and climate for making wine or beer.

In keeping with the Playhouse tradition they will perform a brief sketch exploring the implications of climate change on the region’s soils and crops.

“We grow barley now, but in the future East Anglia could be a premium wine producing area”, says Dr Jenni Barclay, a volcanologist who plays a barmaid in the drama.

“There is evidence that the region’s climate is already changing, for example, pests such as whitefly are coming over from Europe and migrating northward, spreading viruses and causing problems for farmers and gardeners alike” says Chris Ridout, who plays a barley farmer.

Some of the resources developed for the event could be used to mount a permanent exhibit at Gressenhall Museum.