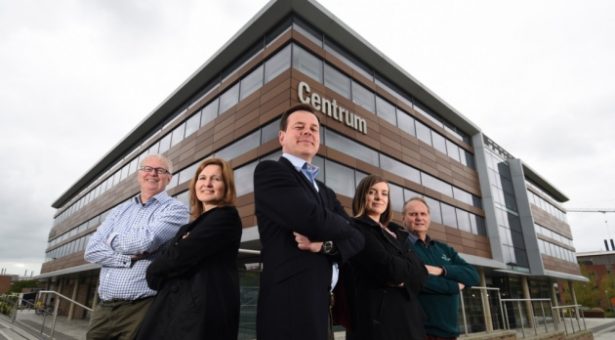 I work, alongside the John Innes Centre, on the Norwich Research Park for a company called Anglia Capital Group for 4 days a week and for the New Anglia Local Enterprise Partnership (LEP), 1 day a week.

The Anglia Capital Group is the largest network of Business Angel Investors, in Norfolk and Suffolk, who are interested in investing in disruptive innovation, either through new start-up businesses or new technologies.

Meanwhile, the New Anglia LEP has a subsidiary company called New Anglia Capital, which is a pot of money that exists to co-invest alongside the angel investors, to help encourage investments in Norfolk and Suffolk early-stage companies, so part of my role is to link the two together to create a smooth process for entrepreneurs.

So far, this twin approach has proven to valuable; since I became Business Manager for Anglia Capital Group, at the end of 2016 after a period as an Investment Analyst, we have had our most successful year-to-date in all regards, ie; more members, more events, more money invested and more investments made. The group has invested a massive £2.4m since mid-2015.

A lot of the companies we invest in have a science, technology and/or agricultural background such as biotech, medtech and agritech, so we very deliberately located ourselves within the Norwich Research Park because it is such a hot bed of innovation.

We have a group of 25 core investors, but this is growing all the time thanks to recommendations and introductions from those core members to their friends and colleagues.

That said, if anyone is looking to invest in early stage companies, get in touch…

Typically, the companies we look at are looking for anywhere between £100,000 – £1m. So far, the largest single investment into one company from a member of our group is, £175,000. The average investment is about £28,000 per individual.

I really enjoy being involved in the pitching events where start-ups have the opportunity to sell their concept to investors, in a similar way to what TV viewers see on Dragon’s Den.

We’re always open to people who have an idea and have taken that to the next step of building a prototype or establishing a viable business plan and would like to pitch at one of those events.

My favourite thing about working with investors and start-ups is the number of success stories and seeing companies doing really well for themselves, signing international deals and growing. Sometimes this happens in months, other times it can be a slow burn, but you see these people you’re working with realising their dreams.

The thing with angel investing is that the investors really care about the companies they are investing in. Some members know exactly the kind of things they want to invest in, while others are more open to any opportunity that they can see value in. Often, they are successful business people in their own right, founding companies and making them commercially successful, so they want to be part of another journey, but without the day-to-day involvement.

One of our recent investee companies is Iceni Diagnostics.

Based on the Norwich Research Park, Iceni, work on the development of carbohydrate-based therapeutics and point-of-care diagnostics for infectious diseases and are a spin-out company from the John Innes Centre and the University of East Anglia. Jon Clarke, who is Head of Knowledge Exchange and Commercialisation, first flagged them to one of our shareholders, who got the ball rolling.

Iceni were in a position where they needed to raise investment capital in order to scale their technology up and take it to market, so approached us to help them do that.

We invited them to a pitching event back in October 2017 where they were looking to raise £500,000. So far, we have had a commitment of £52,500 from our members, with a couple more still interested but not yet fully committed. Next, they will pitch to New Anglia Capital for co-investment and from there the world is theirs to conquer.