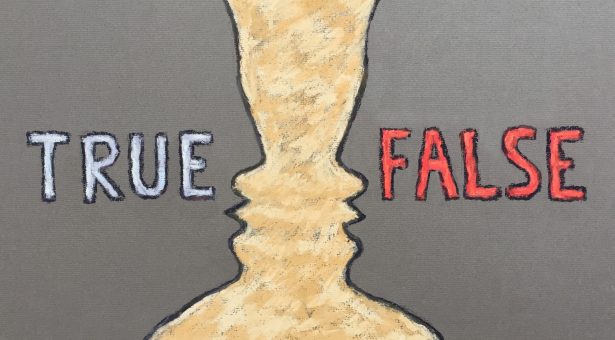 Where does human intelligence come from? What advantage did it give to our ancestors?

Many theories have been proposed, such as the ability to make tools, or to compete socially. But so far, none have explained why it led to our ability to develop abstract ideas or carry out scientific research.

In the latest issue of Heredity, celebrating the 100th birthday of the founding of the Genetics Society, Professor Enrico Coen, provides a new theory for the origin of human intelligence. He proposes that the secret lies in storytelling.

“It is natural to think that telling stories came after language and intelligence. It would seem you need high intelligence and an elaborate language before you can tell stories. But that assumes that stories of early humans were as sophisticated as today.”

Using findings drawn from genetics, neuroscience, primatology and literature, Coen suggests that as soon as the most basic stories arose, human intelligence would have been driven ever upwards through an arms race between honesty and deception in storytelling.

Through this process, humans became experts at detecting lies through contradictions. Science arose when those same skills in detecting falsehoods were applied to stories told about the natural world. By doubting those stories and testing them against observations, scientists could give better explanations about how the world works.

Stories today can be spread globally through social media and the internet at an unprecedented rate, with a high potential for manipulation.

Coen warns that because of our storytelling nature, people may be tempted to tune into the stories that confirm their beliefs and dismiss evidence as fake news.

“The challenge for the future will be to ensure that stories based on the values of honesty, doubt, evidence, reason and fair-mindedness, which lie at the heart of science, are more powerful and effective than those based on deception.”

Professor Coen’s new theory follows on from ideas developed in his book ‘Cells to Civilisation’ (2013), where he looks at unifying principles behind the four great transformations in life: evolution, development, learning and cultural change.