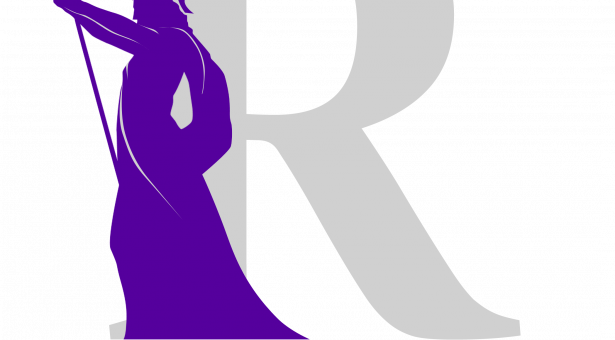 Earlier this year a call went out for a new volunteer ResNet Rep from the John Innes Centre.

ResNet is a cross-institute initiative promoting gender equality and fairness across the Norwich Research Park.

I had been aware of the ResNet events advertised on the notice boards and often thought the talks looked interesting. However, as they were never directly relevant to my research area and often held at UEA, I never really entertained the idea of going.

Plus, if I’m honest, I had this perception of ResNet being purely about gender equality and having always worked for strong female role models and working in a female dominated group myself I wondered if ResNet was really for me.

I was intrigued though, so I met with Samantha Fox, who had been the John Innes Centre ResNet Rep since 2012, to find out more.

Sam talked about ResNet being a grassroots networking group aimed at promoting career development; by providing inspiration, information and support; raising awareness of the importance of equality in the workplace but more importantly to get people from across the Norwich Research Park, not just researchers, talking to each other.

Sam’s enthusiasm was infectious and spoke glowingly about and the positive gains and unique opportunities her time with the network had given her, so much so that not only did I sign up to attend the next event, I also immediately agreed to be the new John Innes Centre Representative.

The first event I went to was a talk by Fiona Lettice, one of UEA’S Pro-Vice Chancellors and it was really inspiring, to hear someone in such a senior position give such an open and honest account of her, far from linear, career progression.

Fiona confessed that she hadn’t initially felt that Norwich and UEA were a natural fit for her academic and industrial engineering background. However, her circumstances (honestly discussed) had led her to Norwich, where she was forced to reassess her skills set and step outside of her comfort zone.

Fiona’s career included several jumps and changes from lecturer to Pro-Vice Chancellor and many times when she questioned her capabilities and wondered if she had taken on too much. It had been a steep learning curve, but ultimately a hugely rewarding one.

Fiona also shared tips on how she manages to keep on top of things, balancing home life with a busy work schedule, and keeping her focus on the important things with tools like bullet journals (I had to google what they were…if you are someone with a seemingly never ending to-do list on the go, this could be for you…). A bullet journal workshop is now scheduled for Jan 2019.

The audience was small, intimate and the perfect environment to be able to ask all kinds of questions. I came back to work feeling fired up and reinvigorated, a lunchtime well spent away from my desk.

I was then given the opportunity to organise my own event and pick a speaker I wanted to hear from.

Recently, I’d read an excellent blog by Postdoctoral Researcher Jodi Lilley on her ‘International life in Science’ and was keen to meet and hear her story in person.

With the academic year coming to a close and Jodi’s contract finishing at the end of August there was a small window of opportunity to try and secure her, so you can imagine my disappointment, when I received an out-of-office reply saying she was working overseas for 2 weeks…

Despite this she responded within the hour to say she was humbled and delighted to be asked.

I met Jodi for the first time when she returned, and I was instantly taken by her bubbling enthusiasm and passion for what she does. We talked about all sorts of things and identified some great topics for her to cover during her talk. She did not disappoint.

A strong theme throughout Jodi’s talk was; ‘people matter’, emphasising the need to surround yourself with people who inspire you, who you enjoy being around and you admire.

Many of Jodi’s career decisions had indeed been driven as much by the people she worked with or had encountered as the science itself.

As with Fiona, Jodi’s was another open and honest talk, she talked about the times she would go to meetings and think why am I here, what can I offer?

At times Jodi told us, she felt like a fraud because she didn’t always know the finer detail about X, Y and Z to fulfil her desire to make a real difference to people in Africa, before her lightbulb moment when she realised she didn’t need to, as long as she knew the people who did and who she could connect with the right people.

There was a definite buzz after her talk, with several in the audience saying that much of what she had said had resonated with them.

This event is aimed more at learning and raising awareness, with a talk by Samantha Cooper, a recent graduate from Nottingham Trent University on unconscious bias with a talk entitled; ‘The Power of Language’.

Samantha will talk about ‘how truth and norms are constructed through language, with a focus on how these are influenced by our experiences and sociological standings, including race, gender and class. How we can learn to be more aware of our unconscious biases and consider more carefully the impact of the language we use’.

The event is being hosted by The Sainsbury Laboratory’s new ResNet Reps – Helen Brabham and Erin Zess. Registration for the event, which includes lunch, is now open by emailing resnet@jic.ac.uk.

I have also discovered that ResNet is not just about listening to talks, and on Tuesday 16 October ResNet is holding a ‘Care Café Conversations’ workshop at UEA. The aim of the café is to provide the opportunity to talk about coping with the pressures of caring for others alongside your job. Carers and non-carers are welcome to attend this World Café format event where lunch is eaten during the event.

I can honestly say that I have enjoyed and taken away something from both the events I have attended to date, including the opportunity to expand and develop networks wider than my immediate working group, department and research area.

With events being held typically less than once a month, it is definitely something worth considering incorporating into your diary.