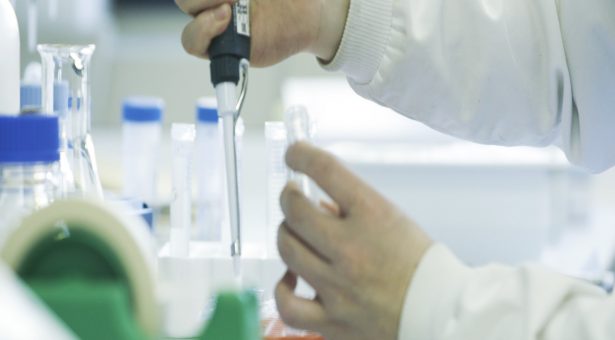 For early career researchers in an academic setting, making the transition to working in industry can be a challenging one.

A difference in research priorities and ways of working can mean that candidates often don’t have the experience to make the move. However, the skills and expertise developed through undertaking a PhD and Postdoctoral positions can make a valuable contribution to industry and are one of the key ways in which investment in research has beneficial impact on industry and the economy.

To help address the gap between academic and industrial research, BBSRC has provided several institutions with a small amount of funding, for Innovation Fellowships, to help early career researchers, move out of academia and into industry and by enabling industry to undertake innovation research placements in an academic setting.

The aim is to allow skills to be transferred between the two working environments.

In August 2017, we received an award which allowed us to fund several of these placements and the results extended far beyond our expectations. Known as a Flexible Talent Mobility Account (FTMA), the funding supported 3-month work experience placements.

Back then, Lukasz Langowski was working as a Postdoctoral Scientist on plant and fruit development at the John Innes Centre. Lukasz had selected the post, in part, because he felt that working within an environment that was undertaking both fundamental and applied research would improve his future career opportunities.

However, like many others, he found that making the transition into industry was not straight forward and he was struggling to get interviews. The feedback Lukasz received indicated that he didn’t have all the skills required for the industry positions that interested him.

Lukasz heard about the FTMA opportunity and thought that this would be a good opportunity for him to acquire those skills. So, with the help of KEC, Lukasz set up a 3-month placement with 2Blades, a company which uses genetic tools and techniques to improve disease resistance in crop plants. Through this placement, Lukasz got valuable experience of new techniques, methods and skills that are used for crop improvements by industry, that employers would find valuable.

On his return to the lab Lukasz noted that “companies looked at me differently following the FTMA”.  His success rate at getting interviews improved subsequently, with companies that had rejected his applications prior to his FTMA, now going on to interview him and ultimately offer him a job.

Lukasz has now secured a post with Brandon Biosciences, who use marine algae to increase the potential yields of crops.

Albor Dobon’s FTMA experience was similar to Lukasz’s and led directly to a job offer.

Albor was working on plant production of virus like particles with Professor George Lomonossoff and wanted to get a better understanding of working in industry, so took a 3-month FTMA placement with Leaf Expression Systems working on enzyme replacement.

At Leaf Expression Systems, Albor found there was a noticeable difference in the way research was conducted in industry versus academia, finding it more controlled and very focused with regular discussions for planning.

Unlike in academia, interesting findings in industrial labs could not always be followed up, instead the research had to remain focused on discovering specific information on the enzymes he was working on.

At the end of his placement, Albor was offered several jobs, including one as a Senior Microbiologist at Leaf Expression Systems, which he accepted.

Albor highlighted that what was particularly important was being able to show industry that he’d been able to change the way he works, through the FTMA programme. His former Group Leader, Professor Lomonossoff agreed that the FTMA programme had mutual benefits and it helped to cement collaborations with industry.

Those mutual benefits of the FTMA scheme to research, industry and the individual can also be seen in the experience of Ingo Appelhagen.

Ingo found the experience interesting and exciting, he developed new cell lines and learnt useful new techniques, including; cryopreservation, process bioengineering and scaling up, using small scale bioreactors (16L) to design and compare conditions before scaling up to larger reactions (up to 75,000L).

Ingo came back to the John Innes Centre enthused, stating; “FTMA is a brilliant programme and more people should do it”.  In the months following his placement, Ingo was asked to join Phyton’s Research and Development team and will shortly be moving to Hamburg to take up the position. Ingo’s experience has also opened up new opportunities for future collaborations between Phyton and the John Innes Centre.

The FTMA scheme is not just a case of academia sending researchers into industry and Jordan Hindes experience of FTMA was from the opposite perspective, joining us for a 3-month research project from Iceni Diagnostics.

During Jordan’s placement he learnt how to produce enzymes and donors for large scale carbohydrate production, method development experience that would benefit his work when he returned to Iceni Diagnostic.

Jordan prefers to undertake research which directly addresses a specific challenge, rather than broader fundamental research, so felt that the John Innes Centre would be a good place to do translatable science with direct relevance to industry.

Having worked at Iceni Diagnostics for 2 years, Jordan’s FTMA placement was helpful for giving insights into what working in academia might be like, Jordan felt that a PhD would be an important step in his career development within industry and help progress his scientific capability.

While here, Jordan found the resources available to him in terms of equipment, opened up a raft of new possibilities and commented that he had enjoyed the experience of discussing his ideas with fellow scientists.

Following Jordan’s FTMA placement, Iceni Diagnostic decided to sponsor an iCASE studentship application so that Jordan can undertake a PhD which will benefit the company.

Our FTMA programme has more than achieved its goals, providing early career researchers with valuable experience of transferring from academia to industry and vice versa.

Participants have been able to determine if a job in industry is the right move for them and it has provided each of the participants with new skills and networks that have in turn been instrumental in them getting jobs in industry.

A transfer of skills between industry and the John Innes Centre has been a common outcome of the placements, from practical skills and methods to softer skills in managing and delivering projects.

Finally, the FTMA project has developed and enhanced relationships between ourselves and industry, which will help with future translation of our research and a deeper understanding of industry’s requirements.

If you’re interested in what the FTMA scheme could do for you, or your organisation, get in touch with KEC@jic.ac.uk.