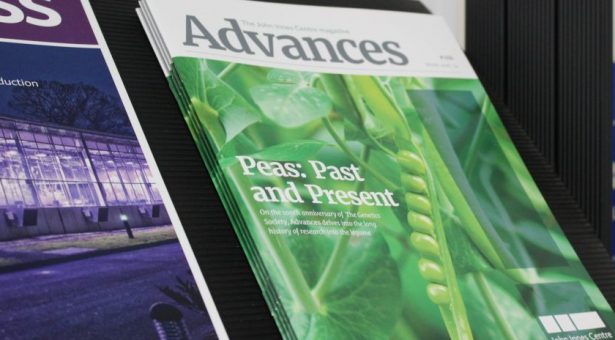 This year, 2019, marks the 100th anniversary of The Genetics Society.

Formed by the first Director of the then John Innes Horticultural Institute, William Bateson, and his colleague Edith Rebecca Saunders, it is one of the oldest learned societies devoted to genetics, and its history is entwined with our own.

At the John Innes Centre in Norwich we hold The Genetics Society’s archives, along with our own, and this issue of Advances looks back at our shared history in the field of genetics. We look at research on pea, and consider the future of legumes in the UK.

This issue explores some of the fabulous breakthroughs in pea research, including the semi-leafless and the super-sweet pea, and the identification of the first of Mendel’s genes. We also rediscover the work of pioneering female scientists who forged careers in genetics research at the Institute.

In our opinion pieces Professor Claire Domoney looks to the future of legumes in the UK, and we hear from local business Hodmedod about their interest in British-grown peas.