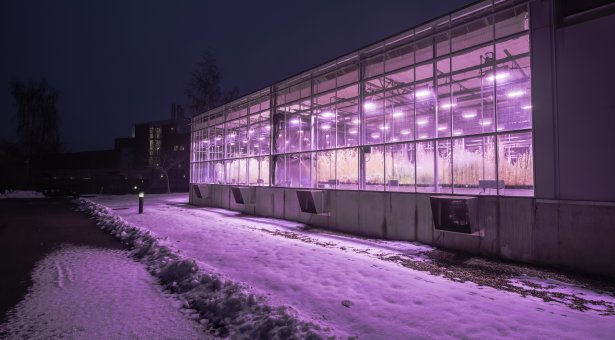 Today, wheat is the grown on more land than any other crop.

It provides 20% of global calories and protein. But improvements are di­fficult because wheat is so genetically complex – many species are polyploids with up to three sets of chromosomes as is the case with (hexaploid) bread wheat.

The Green Revolution of the 1940s-1960s introduced improvements such as dwarfing genes and shuttle breeding. However, to meet future demand, crop improvements must be achieved more rapidly.

The world must produce 60% more wheat by 2050, according to the Wheat Initiative, an international body coordinating wheat research. And with genetic improvements taking up to 20 years using current approaches the race is on.

Wheat is a grass, which was first cultivated 10-12,000 years ago in the Fertile Crescent from the Nile in Egypt to the Euphrates in modern Iraq

The Green Revolution of the 1940s-1960s introduced improvements such as dwarfing genes which allowed resources to be diverted towards seed production and made plants more resistant to wind and rain. Norman Borlaug, architect of the Green Revolution in wheat, introduced shuttle breeding techniques allowing breeders to grow two generations of wheat each year.

Genomic and technological breakthroughs have delivered fresh impetus to wheat research. It means that instead of having to use simpler model species such as Arabidopsis thaliana, the wheat community can work directly with the crop.