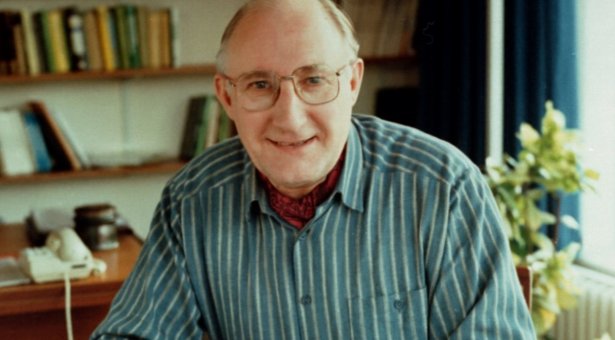 Harold W Woolhouse was Director of the John Innes Centre between 1980 and 1989.

During his time as Director, the John Innes grew from just over 200 staff to over 800, incorporating the Sainsbury Laboratory, the Cambridge Laboratory and the Nitrogen Fixation Laboratory

During this time he also made several crucial appointments, Caroline Dean, Nick Harberd and George Coupland representing a strategic move to the use of the model organism Arabidopsis at the John Innes Centre.

2006 – Joseph Ecker –‘Discovery of functional elements in the Arabidopsis genome’

Speakers at the Woolhouse Lecture are presented with a print of a work of art by the late Leonie Woolhouse, a local artist and wife of the former Director Harold Woolhouse, which illustrates the life and career of Harold W Woolhouse.